Note: This is a developing story. Check back for updates.

Listen to your team news NOW.

Steve Mills is reportedly out as Knicks president, just two days before the NBA’s trade deadline.

Steve Mills is reportedly out as Knicks president, just two days before the NBA’s trade deadline.

Listen to your team news NOW.

According to multiple reports, the Knicks fired Mills on Tuesday morning. General manager Scott Perry will run the Knicks’ front office on an interim basis.

According to The Athletic’s Shams Charania, the Knicks and owner James Dolan have already begun interviewing for a new president of basketball operations. Masai Ujiri, the president who led the Toronto Raptors to an NBA title last season, is at the top of the Knicks’ wish list, according to multiple reports.

In his second stint with the Knicks, Mills was promoted from executive vice president and general manager to president of basketball operations after the franchise parted ways with Phil Jackson in the summer of 2017. 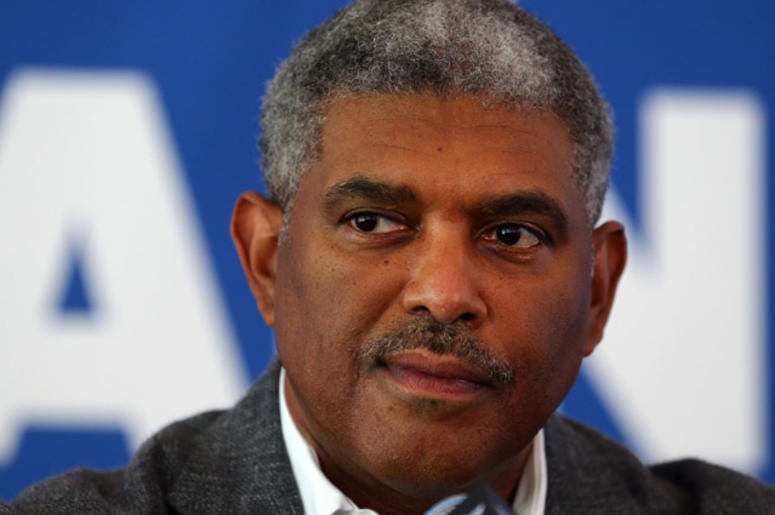 But not much went right with Mills running the team. He traded All-Star big man Kristaps Porzingis to the Dallas Mavericks last January, in part to free up salary cap space to sign two max-level free agents. But none of the available superstars — Kevin Durant, Kyrie Irving or Kawhi Leonard — came.

Mills also hired David Fizdale and then fired the coach 22 games into his second season after the team Mills assembled got off to a 4-18 start.

From 2003-09, Mills was the chief operating officer and sports business president of Madison Square Garden, where oversaw day-to-day operations for the Knicks and Rangers.

The New York Post’s Marc Berman reported that Mills and Perry were not seeing eye to eye on certain issues. As the trade deadline approaches, the Knicks have reportedly expressed interest in signing Marcus Morris to a contract extension rather than dealing the impending free agent for draft picks. The team also has expressed interest in acquiring high-priced All-Star point guard D’Angelo Russell from the Golden State Warriors, although it’s not clear if either of those situations were at the heart of any disagreement between Mills and Perry.

The Best True Wireless Earbuds of 2020