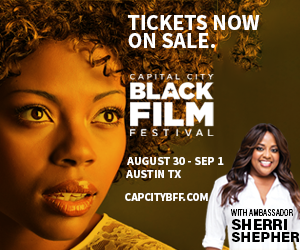 Deadline is reporting that Marsha Stephanie Blake and  have joined Julia Hart’s Amazon feature I’m Your Woman opposite Rachel Brosnahan.

Hart co-wrote the project with her husband, Oscar-nominated producer Jordan Horowitz, who is also producing through their Original Headquarters production company. The story revolves around Jean (Brosnahan) who must go on the run with her child due to her husband’s crimes. Their lives become intertwined with a man and a woman, forming an unlikely partnership that teaches them more than just how to survive. Production is slated to begin this season. Blake will play the role of Teri, and Kene the part of Cal.

Blake recently received her first Emmy nomination in the supporting actress limited series category for Ava DuVernay’s Netflix series When They See Us.. Blake recently starred in three films which premiered at the Tribeca Film Festival including Julius Onah’s, Luce, opposite Octavia Spencer, the Spike Lee-produced, See You Yesterday and Goldie. Blake can be seen in recurring roles in the upcoming seasons of How To Get Away With Murder and This Is Us and will be featured in Steven Soderbergh’s Netflix film, The Laundromat.

Kene is a writer and performer whose most recent one man play, Misty, ran at the BushTheatre and transferred to the West End. He was nominated for two Olivier awards–Best Actor and Best New Play. Other recent stage roles include playing soul singing legend Sam Cooke in One Night in Miami at the Donmar Warehouse.

Recent TV credits include PopTV / UKTV series Flack opposite Anna Paquin, E4/Netflix Original series Crazyhead and the BBC One adaptation of Andrea Levy’s novel The Long Song. Kene can currently be seen playing the lead role opposite Michaela Coel in Netflix’s acquired feature film, Been So Long. He will soon be seen in American-British comedy film How to Build a Girl based upon the novel of the same name by Caitlin Moran

Just got my wifes car back after it was rear ended. Came with this sweet new upgrade.

You made us proud. Now it’s our turn