By Bryony Jewell For Mailonline

She always looks sensational whenever she steps out.

And Mollie King cut a fashionable figure in a long black coat as she left BBC studios in London on Saturday.

The former Saturdays band member, 32, wrapped up warm with a tan beanie hat and Burberry scarf as she left with her radio co-host Matt Edmondson, 34. Chic: Mollie King, 32, cut a fashionable figure in a long black coat as she left BBC studios in London on Saturday with her radio co-host Matt Edmondson, 34

Mollie looked chic in her relaxed ensemble and donned a cream knitted jumper with a pair of skinny jeans.

The blonde beauty accessorised her look with a pair of black leather boots and toted a small black bag.

Radio presenter Matt also appeared to be in good spirits as he chatted away with Mollie and pushed his scooter along.

Matt also opted for a laid back outfit in black jeans and a jacket as well as a pair of white Veja trainers. 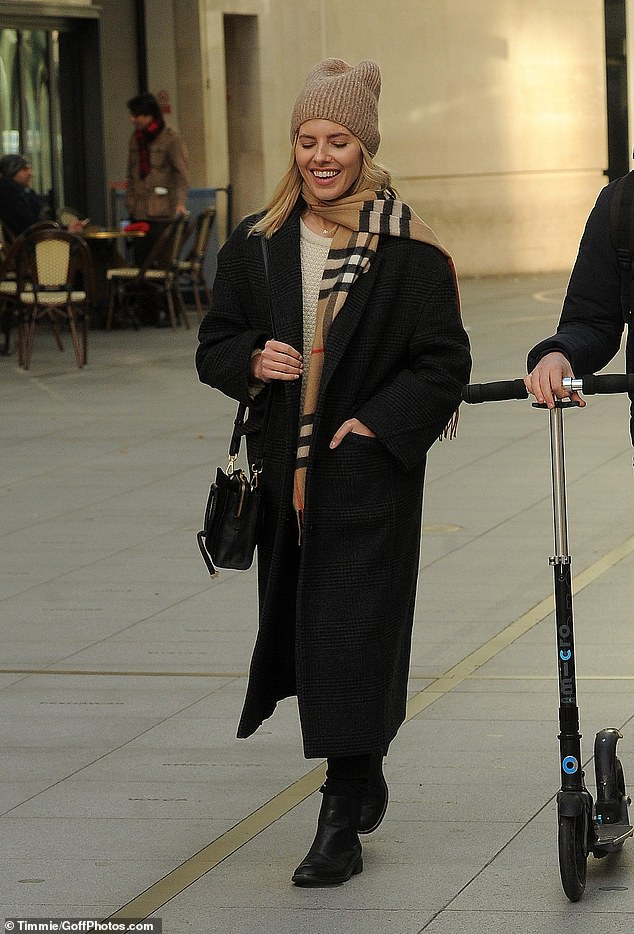 Style: The singer donned a checked scarf as well as a tan beanie hat and also toted a black bag

Last summer, the singer spoke candidly about the ‘relief’ of being diagnosed with dyslexia at the age of 10, after being made to feel like like she was ‘stupid’.

Mollie revealed once she received her diagnosis it felt like everything had ‘clicked into place’ and she finally realised that she wasn’t beneath her peers.

Before being told she had dyslexia Mollie explained: ‘The prospect of reading out loud in class filled me with my dread. 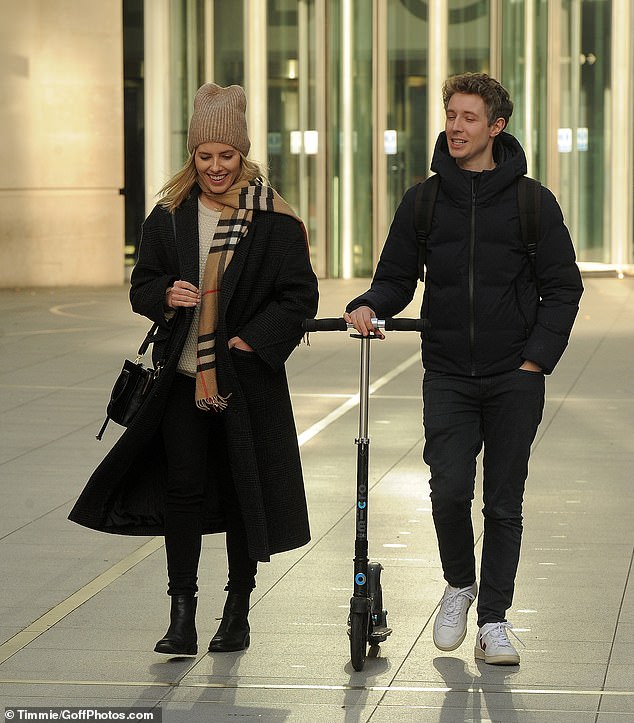 Happy: The radio hosts appeared to be in good spirits as they laughed and joked and Matt pushed his scooter

‘It got to the stage where I was so panicked that I’d make up an excuse to leave the room when it was my turn.’

It was at this point one of Mollie’s teachers picked up on the signs of the learning difficulty and suggested that she get tested for dyslexia.

She said: ‘I’m so grateful I was diagnosed in primary school, and not any later, because it was really starting to knock my confidence. 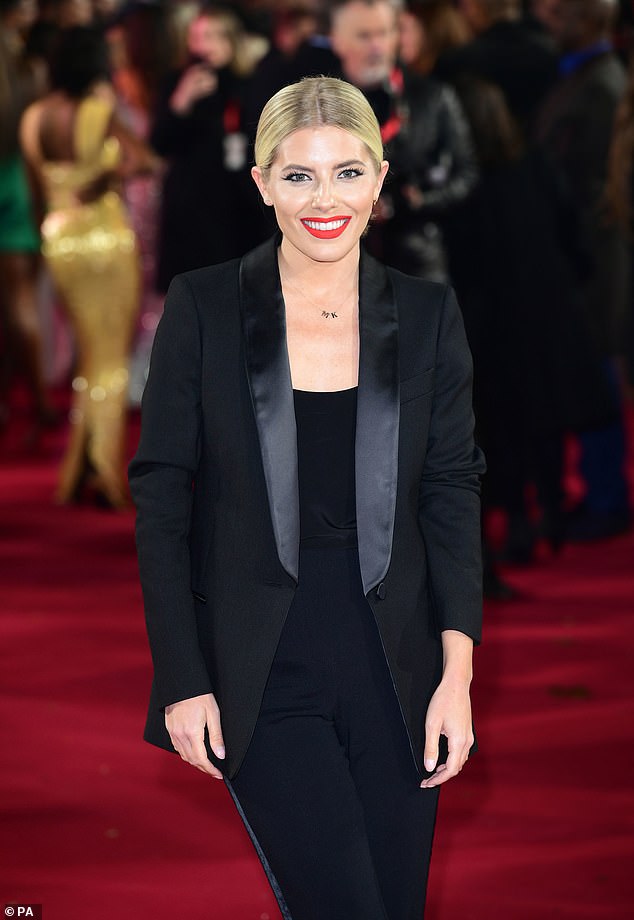 Open and honest: Last summer, the singer spoke candidly about the ‘relief’ of being diagnosed with dyslexia at the age of 10, after being made to feel like like she was ‘stupid’ (pictured at the ITV Palooza back in November)

‘Once I knew I was dyslexic, I was able to navigate around it. I was given extra time in exams because reading any passage of text took me so much longer than other students. Having a laptop to write down my answers really helped too.’

She also added that although she doesn’t have a typical office job dealing with dyslexia is still very relevant to her career as a singer and presenter.

‘When I’m broadcasting live on Radio 1, I use the pauses when a song is playing to read texts from listeners over and over again.

‘Because if a text is put in front of me and I have to read it on the spot, I probably won’t get it right.’ 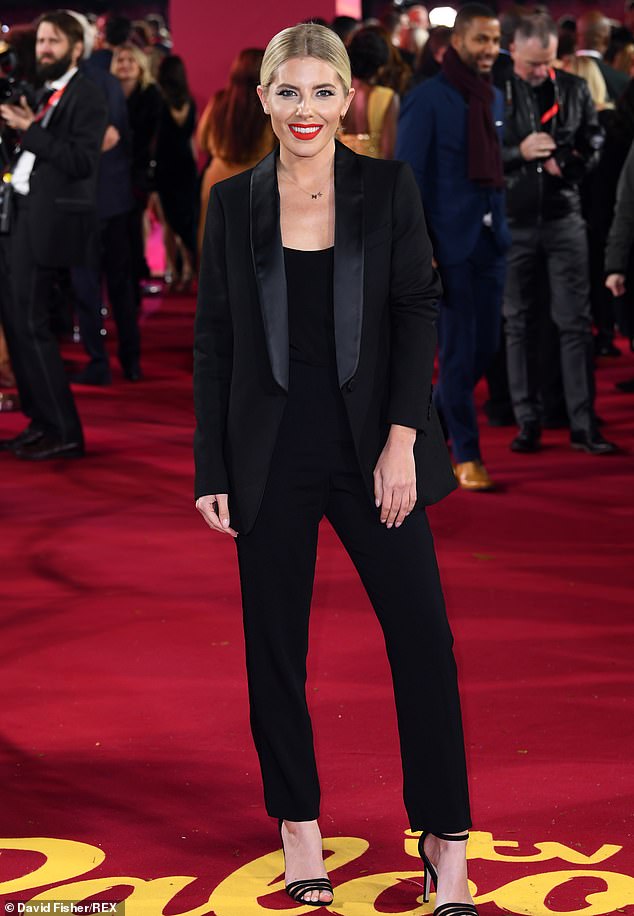 Edgy: Mollie ditched her signature style in favour of a more androgynous look for the night

Save More on Renovation With These 9 Budget Hacks!

If it happened, why would Karan Johar himself put the video out?