Now that sports gambling in the U.S. is in its first full year of action, the industry is shaping up and, before the end of the year, it’s possible that at least 20 states will have legalized the activity. As 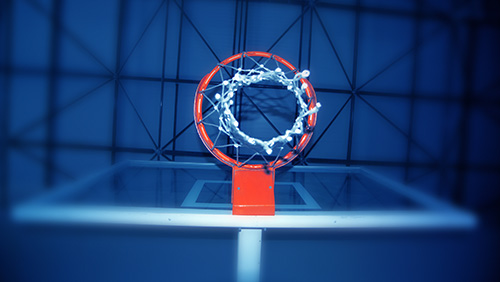 the picture becomes clearer, expect all sports leagues to get more involved and, directly or indirectly, help increase the gambling action. Case in point, the NBA. The teams that will give up spending time with friends and family on Christmas Day have been announced, which means the sportsbooks across the country are ready to take your bets.

One of the biggest matchups announced will take place between the Los Angeles Clippers and the Los Angeles Lakers – at least the hoops stars won’t have to travel too far from home. The Clippers are favorites to win and the favorites to take this season’s title. The team just picked up Kawhi Leonard, a former small forward with the Toronto Raptors who helped that team take the title last year. It was the first title for the team, and a second for Leonard, who took the San Antonio Spurs to the championship in 2014.

The Clippers are +330 and +350 favorites by FanDuel and the Westgate SuperBook, respectively. On the other hand, the Lakers, who missed their chance at the playoffs last season, are +440/+400 by the same sportsbooks. LeBron James and Anthony Davis are hoping to turn things around in the upcoming season, especially since the Lakers have also picked up Danny Green. Green was up and down the court with Leonard when the Raptors took the title last year.

The Raptors will also play on Christmas, playing host to the Boston Celtics. The Milwaukee Bucks will travel to Pennsylvania to take on the Philadelphia 76ers, with the NBA’s MVP Giannis Antetokounmpo looking to score a victory in the away game.

The New Orleans Pelicans are not flying south for the winter. Instead, they’re headed north to Colorado to take on the Denver Nuggets. Zion Williamson is making his NBA debut this year and is hoping a strong performance against the Nuggets will help him secure a Rookie of the Year award. However, his attempts are going to be matched by Jamal Murray and Nikola Jokic of the Nuggets, making his life on the court much more difficult.

Rounding out the list is another California game, this one in San Francisco. The Golden State Warriors are going to battle it out with the Houston Rockets and, at this point, anything goes. Kevin Durant has given up his Warriors jersey and Klay Thompson will be riding the team’s bench due to injury, but Steph Curry and Draymond Green are still there to try to hold the team together.

WestGate was quick to put up the odds after the NBA made its Christmas announcement. The games between the Lakers and the Clippers and between the Rockets and the Warriors have no spread. The Raptors are two-point favorites to beat the Celtics and the 76ers are 3.5 favorites against the Bucks. The Nuggets scored an impressive 8.5 points against the Pelicans, but all of the games are listed at just -110 odds.

The Nutritional Myths About Carbs, Protein And Fats…. What’s Right?

Got a holiday gift card? Best bets under $50 at Amazon, Best Buy and Walmart