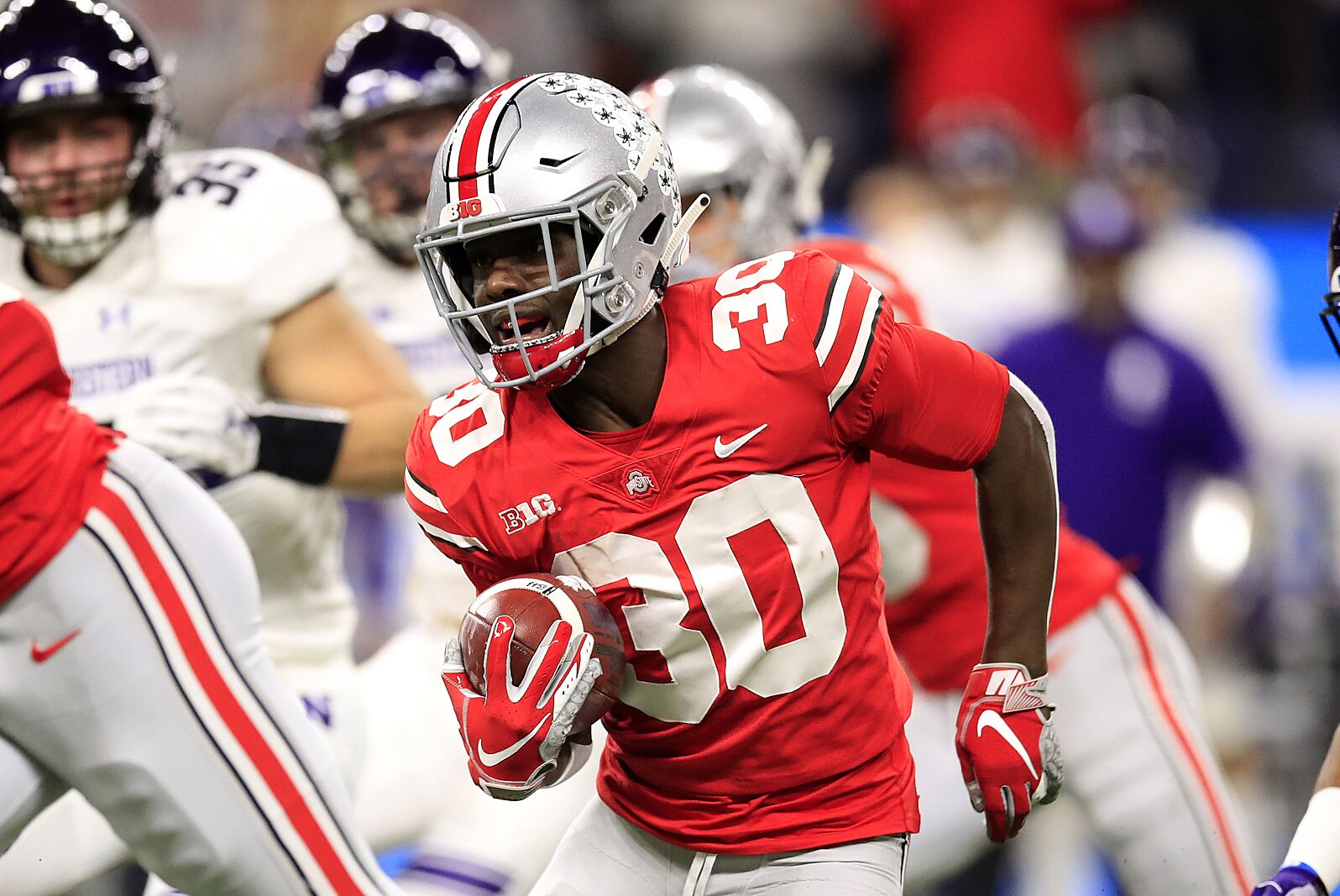 INDIANAPOLIS, INDIANA – DECEMBER 01: Demario McCall #30 of the Ohio State Buckeyes runs the ball against the Northwestern Wildcats in the first quarter at Lucas Oil Stadium on December 01, 2018 in Indianapolis, Indiana. (Photo by Andy Lyons/Getty Images)

The Ohio State football team has a few key spots to fill as it reloads for the 2020 season. Here are two players who have one last chance to fulfill their dreams.

Every season the Ohio State football team has a couple of players who are further along in their Buckeye careers but have one last chance at playing time. While it is usually the sophomore and junior classes each season that produce the most talent, it is the seniors that provide the leadership and stability for the program.

Last season Branden Bowen, a starter in 2017 before injuries derailed his career, received a last chance and made the most of it. He started every game at right tackle and helped stabilize the right side of the offensive line. Who could be that player in the 2020 season who can do the same, or could there be a couple?

Let’s look at two who could.

Demario McCall is going to receive every opportunity to be a contributor in 2020. After receiving a decent amount of playing time as a true freshman, McCall has been a forgotten man in the Buckeye offense.

But as a versatile fifth year player, McCall can help Ohio State stabilize two positions on offense. The first one being backup running back.

With Master Teague all but set to be the starter in 2020 and a host of young and inexperienced players behind him, McCall may be relied on to be a change of pace or third down back for this offense. It probably is a position that best suits McCall, it just has not been used much under Urban Meyer or Ryan Day.

On third downs McCall can go into the game and as a fifth year guy hopefully can read the defenses and blitzes coming at Justin Fields to where he can either help block or go out on a route and win a matchup. As a gifted a receiver, McCall should be given a chance to use that ability to win mismatches when covered by safeties or linebackers coming out of the backfield.

McCall can also be lined up as H-back, where there is no clear-cut guy in that position right now. K.J. Hill was certainly productive in that role and with McCall’s receiving abilities and no frontrunner for the job the senior can be used in that position.