The pound sterling has been the most volatile developed market currency ever since the British people voted to exit the regional bloc in June 2016. The pound dropped nearly 20 percent in the months following the referendum due to uncertainty regarding the UKÃ¢â‚¬â„¢s future economic relationship with EU nations and other trading partners after its presumed forthcoming departure.

ItÃ¢â‚¬â„¢s now 1,000 days since the referendum, with only 10 days to go before the scheduled departure on March 29.

Remarkably, amid all the Brexit snafu, the British pound has emerged as one of the best performing major world currencies.

GBPÃ¢â‚¬â„¢s 3.4 percent gain against the US dollar has only been bested by the 3.7 rally by the Mexican peso and contrasts sharply with the -1 percent year-to-date return by the euro.

True, the GBP isnÃ¢â‚¬â„¢t back to where it was before the Brexit referendum, but optimistic traders have been giving it a healthy boost. ThatÃ¢â‚¬â„¢s because they Ã‚Â see less risk for a no-deal Brexit, which would have translated into long-term economic despair for the EUÃ¢â‚¬â„¢s second-largest economy. That optimism was further empowered by British parliaments vote last week against allowing a no-deal Brexit.

Right now, though, traders might change tact. Why? Because the UK is set to leave the bloc on March 29 with or without a deal.

Prime minister Theresa May is seeking an extension of the deadline which will have to be agreed by all the other 27 member states; but the EU may not bite and the drama is set to continue.

The GBP is down 0.8 percent on the news. Related: The Feds Continue To Prop Up Equities Markets

And the game is on for the speculators who are buying strictly on currency movements. TheyÃ¢â‚¬â„¢re shorting the GBP. 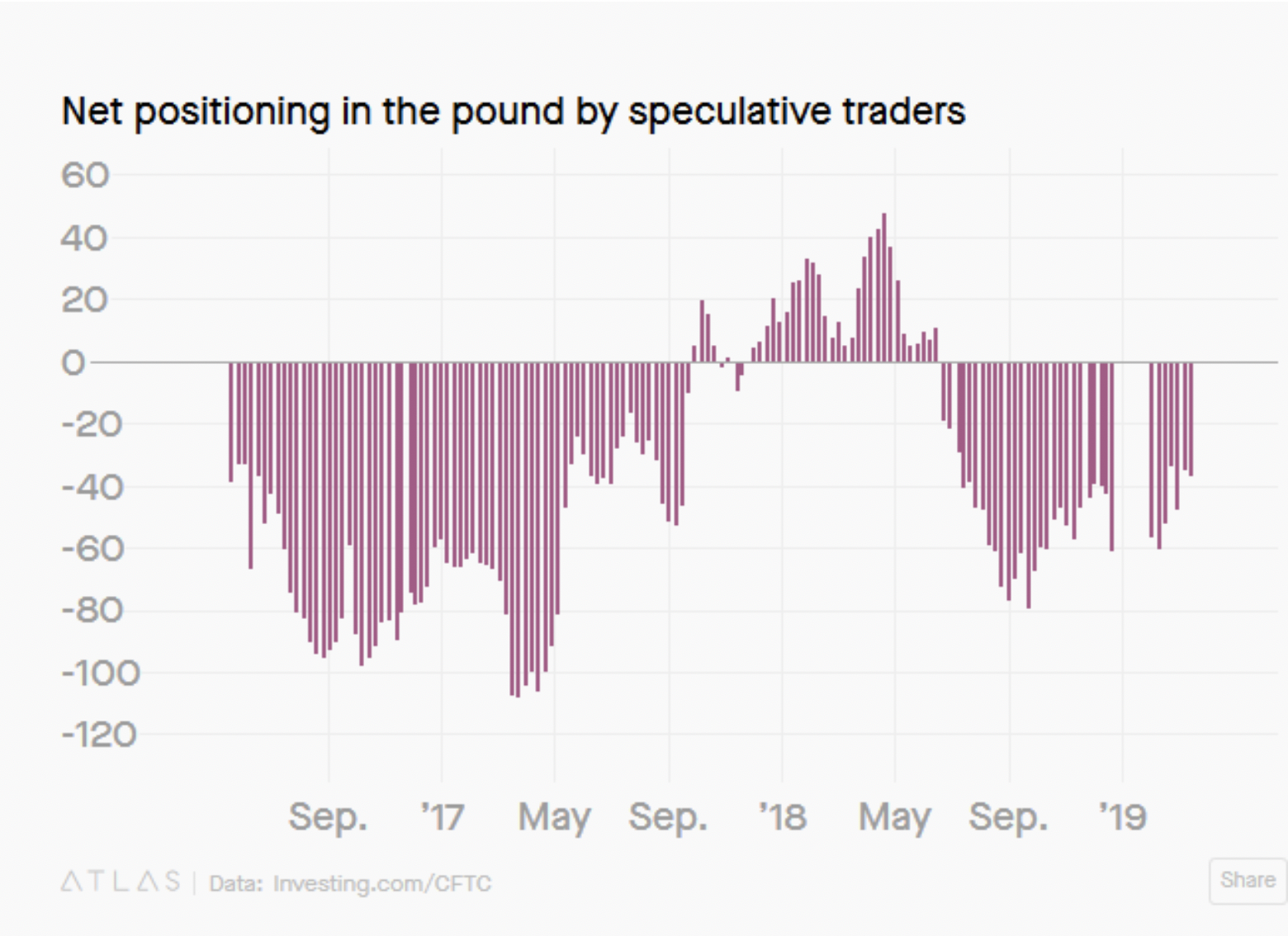 Banks, though, arenÃ¢â‚¬â„¢t as pessimistic.

In fact, Bank of America Merrill Lynch is advising clients to buy the British currency based on the possibility of a Ã¢â‚¬Ëœsoft BrexitÃ¢â‚¬â„¢ as well as pending rate hikes by the Bank of England. The banker says the GBP/USD pair might rise by 10 percent with GBP/EUR climbing 5 percent as the Brexit saga comes to an end over the coming months if Theresa May is able to get her current package, or an even softer version, through the House of Commons.

Bank of America Merrill Lynch says that MayÃ¢â‚¬â„¢s victory will give BoE a long-awaited opportunity to lift interest rates again having last done so in August 2018.

“We recently wentÃ‚Â long GBPUSD, after re-affirming the likelihood of a sterling-supportive A50Ã‚Â extension. Over the near term, price action can further overshoot cyclical fair value and reach 1.35 on short position liquidation flow alone,” PoundSterlingLive.com quoted Kamal Sharma, a strategist at Bank of America, as writing in a note to clients.

Events that transpire within the next 10 days will largely determine whether thatÃ¢â‚¬â„¢s misplaced optimism.

By Alex Kimani for Safehaven.com