Preston Bus Station turns 50 this year and it could be an award-winning year. 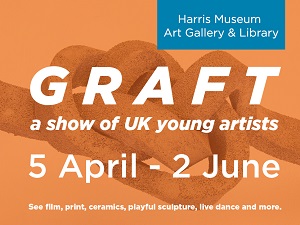 Refurbishment of the grade-II listed building has been shortlisted in an architecture awards.

The Royal Institute of British Architects North West have put the Bus Station alongside 10 other buildings for their bricks and mortar awards.

A regional jury now visits the Bus Station, and all the other shortlisted buildings, before the winning building is announced in May.

In the last two years the Bus Station has undergone a multi-million pound revamp by John Puttick Associates with Cassidy + Ashton.

Lancashire County Council is also preparing to begin work on its western apron to create an Ã¢â‚¬Ëœurban parkÃ¢â‚¬â„¢.

A new coach station has been put in at the southern end of the building as well as a full revamp for the car park levels and iconic ramps.

A spokesperson for Lancashire County Council said: Ã¢â‚¬Å“WeÃ¢â‚¬â„¢re delighted to be shortlisted for this award, which recognises our redevelopment of this iconic building.

Ã¢â‚¬Å“Our multi-million pound redevelopment improved how the building works, particularly for people who park there and bus passengers, which was always our key aim

Ã¢â‚¬Å“WeÃ¢â‚¬â„¢re pleased that a county council project has been shortlisted alongside some of the best projects in the region.Ã¢â‚¬Â

Ã¢â‚¬Å“I congratulate all practices who have been shortlisted in this competitive process. The longlist for the 2019 North West Awards was of exceptional high calibre, with entries received from a range of national and international practices.

Ã¢â‚¬Å“ItÃ¢â‚¬â„¢s great to see so many North West-based practices in the running, representing the wealth of talent that we have in our region.Ã¢â‚¬Â

The Bus Station was threatened with demolition until 2013 when it was granted listed status by the government.

If the building wins the North West leg of the competition it goes through to compete in the national finals for building of the year.

HereÃ¢â‚¬â„¢s everything nominated for the RIBA awards in the North West:

What do you think of the Bus StationÃ¢â‚¬â„¢s revamp? Let us know in the comments below