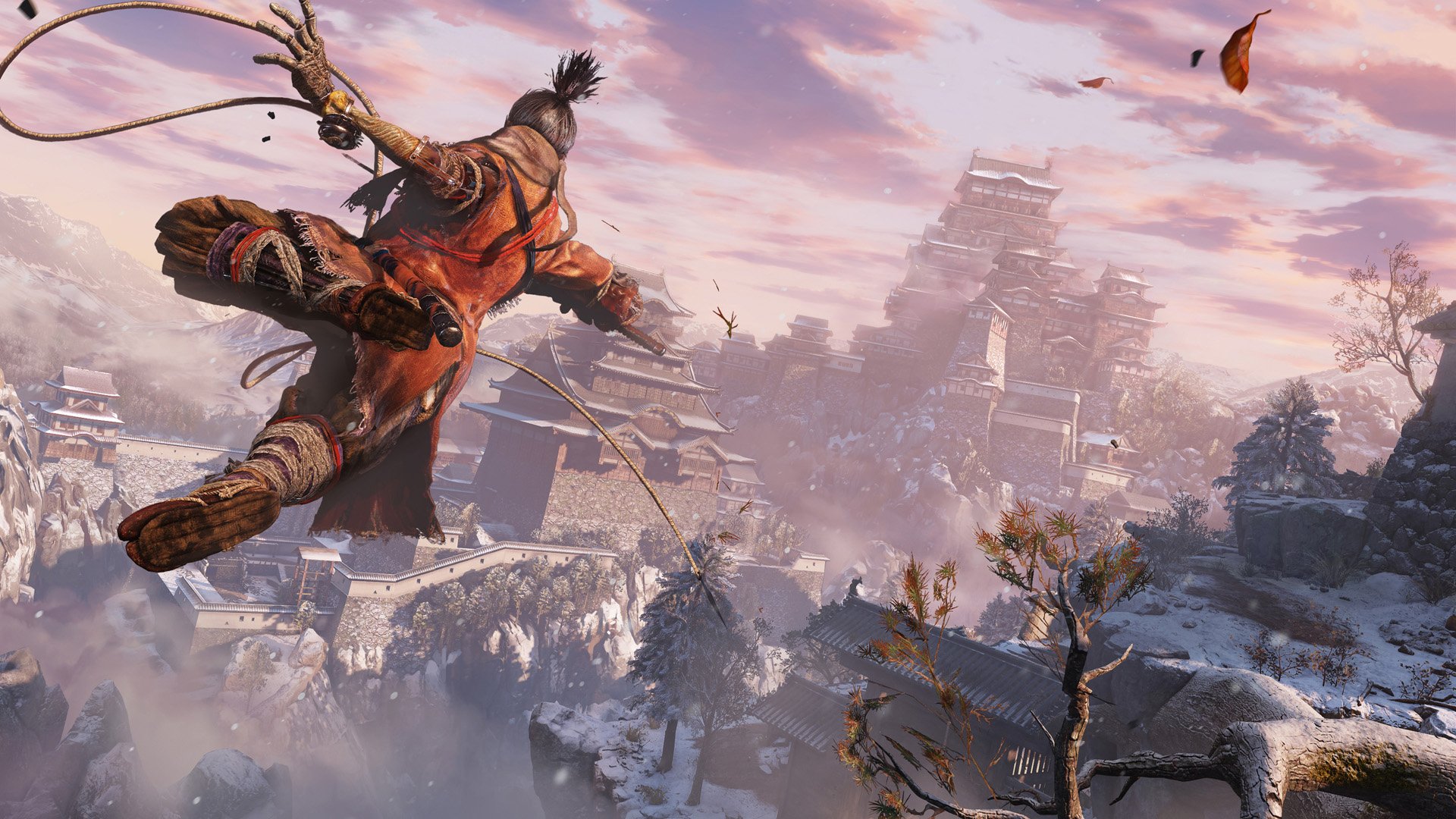 Find all the prosthetic tools in Sekiro: Shadows Die Twice and expand your shinobi repertoire with new moves, combos, and strategies.

Prosthetic tool locations are dotted all around the world of Sekiro: Shadows Die Twice and finding them should be a top priority. Each prosthetic tool offers a new way of dealing with enemies and bosses. While some of these tools are found in the environment, others must be purchased from vendors.

This guide will be updated until all prosthetic tools are located.

There are several prosthetic tools to find in Sekiro: Shadows Die Twice. Locating all of these as you progress through the game will allow you to alter and improve your playstyle. Some of these tools offer excellent offensive moves while others provided superb defensive capabilities.

The Loaded Shuriken prosthetic tool is found in Ashina Outskirts, at the Outskirts Wall Gate Path. From the SculptorÃ¢â‚¬â„¢s Idol, look across to the gateway blocking the path to spot a broken window. Climb through the window and turn left, loot the body to collect the Shuriken Wheel. This is right before the General Naomori Kawarada boss fight.

The Shinobi Firecracker prosthetic tool is sold by the Memorial Mob. What this means is that the firecrackers can be bought from any one from this group of merchants. The earliest it can be purchase is from the vendor near the Outskirts Wall Ã¢â‚¬â€œ Gate Path SculptorÃ¢â‚¬â„¢s Idol.

To find this merchant, start at the idol and jump toward the gatehouse. Pass over it or through it and run along the side of the arena where you fought General Naomori Kawarada. Before dropping down into this next area, look over to the left to spot a tent surrounded by crows on top of a hill Ã¢â‚¬â€œ this is where you need to reach.

Drop down and follow the stone path around the mountain. When you reach the next building, look to the left and use the grapple point. Look left again and jump up the ledges, basically looping back on the path you took down. Use the next grapple point above you to reach the top of the mountain. Speak to the merchant and buy RobertÃ¢â‚¬â„¢s Firecrackers.

The Flame Vent is the first of three prosthetic tools found in Hirata Estate. From the Estate Path SculptorÃ¢â‚¬â„¢s Idol, turn right and climb on the roof. Do not go up the main street. Instead, work along the roof toward the edge of the area where the water is. You will come across small houses with a large fire at the end, surrounded by numerous soldiers. Clear out the soldiers and grab the item from the fire, it will be the Flame Barrel, an item used to create the Flame Vent.

The Flame Vent is useful in most boss fights, as itÃ¢â‚¬â„¢s free vitality damage. Personally, I found it most useful during the Juzou the Drunkard and Lady Butterfly fights.

The Loaded Axe prosthetic tool is found in the Hirata Estate memory. This area is only available after speaking with the old woman at the top of the building in Ashina Outskirts, Outskirts Wall Ã¢â‚¬â€œ Gate Path.

As for actually locating the Loaded Axe, start at the Estate Path SculptorÃ¢â‚¬â„¢s Idol and go up the main street. Jump onto the right-hand wall and look for an eavesdropping opportunity in one of the little enclosures. Two men will be talking about looting a temple. Kill them or wait for them to leave and then open the temple and take the Shinobi Axe of the Monkey.

The Mist Raven prosthetic tool is the last one found in the Hirata Estate. From the Bamboo Thicket Slop SculptorÃ¢â‚¬â„¢s Idol, run part way up the winding stairs and use the grapple point on the left. Jump from the ledge into the water and swim upstream. Look for the grapple point past the bridge. Run up the ledge and break through the bamboo blocking the door. Wall climb up to the top of the chute and walk up the path. Quickly open the door to the pagoda and grab the Mist RavenÃ¢â‚¬â„¢s Feathers. A purple warrior will jump down from the roof, avoiding him is a good idea.

Kill the two soldiers on the bridge and with key in hand, turn back toward the SculptorÃ¢â‚¬â„¢s Idol to spot a ledge on the left. This ledge leads down to the Ashina Reservoir idol. From this next idol, defeat the two enemies and enter the next area. To your left will be a grapple point and some stairs, jump up and look to the right to spot a building. This is the building you sneaked beneath in the beginning of the game. Use the Gatehouse Key to open the door and then once inside, open the chest to receive GyoubuÃ¢â‚¬â„¢s Broken Horn.

The Loaded Umbrella is found in the Ashina Castle near the Old Grave idol. This prosthetic tool is sold by a merchant called Black Hat. To find him, start at the Old Grave and look over the ledge, below you will be a building with a hole in the roof. Jump through the hole to find Black Hat standing there. You can purchase the Iron Fortress from him for 1,600 sen.

Finding and collecting all prosthetic tools in Sekiro: Shadows Die Twice is worth the effort. Each tool behaves different and offers a new upgrade path. By unlocking all the prosthetics, you can begin experimenting with different builds and working out the best strategies for defeating bosses. Check out the Shacknews Sekiro: Shadows Die Twice page for more information and guides.

Hailing from the land down under, Sam Chandler is relatively new to the industry, getting his start a few years ago as a writer-for-hire. After bouncing round a few universities, securing a bachelor degree, and finding his feet, he’s found his new family here at Shacknews as a Guides Editor. There’s nothing he loves more than crafting a guide that will help someone. If you need help with a guide, or notice something not quite right, you can Tweet him:Ã‚Â @SamuelChandlerÃ‚Â