“I live with my head in a big hole. I stay out of that world,” she said Wednesday on “Watch What Happens Live with Andy Cohen.”Â “But I will say one thing about masters is that, you know, I signed with a record label 30 years ago and within 5 years, then it became owned by Interscope and then Interscope got bought by Universal. That’s just the way the business goes. It’s totally not unusual for your masters to change hands, like, 9,000 times.” 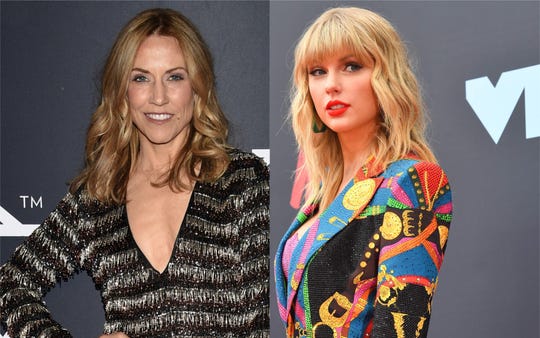 In aÂ lengthy Tumblr post at the end of June, SwiftÂ called the deal her “worst case scenario,” accusing Braun of subjecting her to “incessant, manipulative bullying” for years andÂ “controlling a woman who didn’t want to be associated” with him.Â

“Some fun facts about todayâ€™s news: I learned about Scooter Braunâ€™s purchase of my masters as it was announced to the world,” Swift wrote. “All I could think about was the incessant, manipulative bullying Iâ€™ve received at his hands for years.”

The ordeal turned into a messy back-and-forth, with Big Machine CEO Scott BorchettaÂ writing in aÂ blog post on the label’s websiteÂ that it was “time to set some things straight,” claiming Swift had prior knowledge of the deal and didn’t “learn about (the sale) as it was announced to the world,” as she wrote in herÂ post.Â

“I don’t know what the big stink was,” Crow added to Andy Cohen on Wednesday.Â “I’m kind of out of the loop, so I don’t really know. The (masters)Â absolutely could (change hands again.)”

“I just think that artists deserve to own their own work,” she said on “Good Morning America.” “I just feel very passionately about that.â€