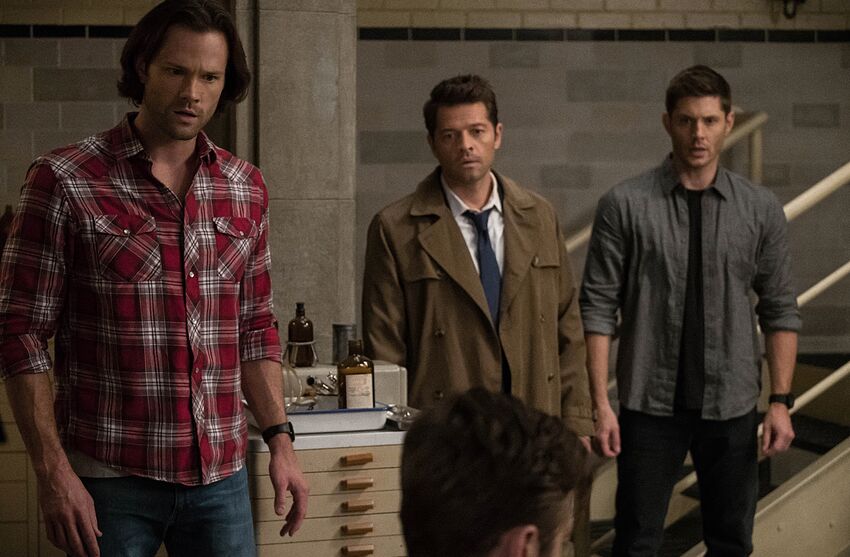 What can we expect from a Targaryen-centric Game of Thrones prequel? by Amanda Mullen

Our final Supernatural Day is upon us, SPN family. For the occasion, the showâ€™s stars are teaming up with Hot Topic to raise money for Hurrican Dorian survivors.

For their final Supernatural Day, the showâ€™s stars have decided to partner with clothing retailer Hot Topic to raise money for Hurricane Dorian survivors. Hot Topic is offering fans an â€œEnd of the Roadâ€ T-shirt that will be available both in stores and online starting today. All the proceeds from todayâ€™s T-shirt sales will be given to Random Acts, a non-profit charity organization that strives to â€œconquer the world one random act of kindness at a time.â€

This organization was chosen specifically by actors Jensen Ackles, Jared Padalecki, and Misha Collins, and the donations will all be going toward aid for those affected by Hurricane Dorian. Padalecki and Collins are both pushing the fundraiser on Twitter, as well:

Entertainment WeeklyÂ has already posted a first look at the â€œEnd of the Roadâ€ T-shirt those participating will receive, and itâ€™s definitely going to evoke nostalgia in fans who have been around from the beginning. Itâ€™s got an older picture of the Winchester brothers on the front, along with some iconic quotes. (Yes, Deanâ€™s love of pie is covered.)

So if youâ€™re looking to celebrate Supernatural Day and make strides for a good cause, head over to Hot Topic and order yourself a T-shirt.Â  With Hurricane Dorian so recently having done so much damage, this fundraiser definitely feels relevant and important.

Will you be taking part in the efforts to raise money for Hurricane Dorian suvivors?