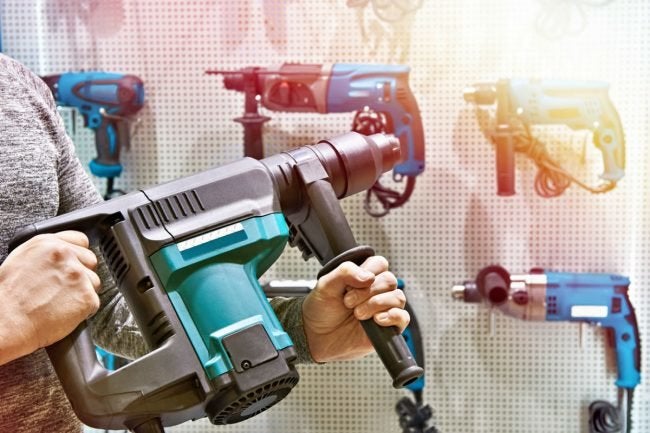 Stroll down the power tool aisle at the hardware store and youâ€™ll see a variety of drills and drivers that look fairly similar. Donâ€™t be fooled: Each has subtle differences geared to accomplish different jobs. Whether youâ€™re in the market for a jack-of-all-trades drill or you have a more specific project in mind, learn how cordless drill/drivers, hammer drills, and impact drivers differ before you buy. This guide places them side by sideâ€”hammer drill vs. impact driver vs. drillâ€”to help you sort out what you need for your to-do list. 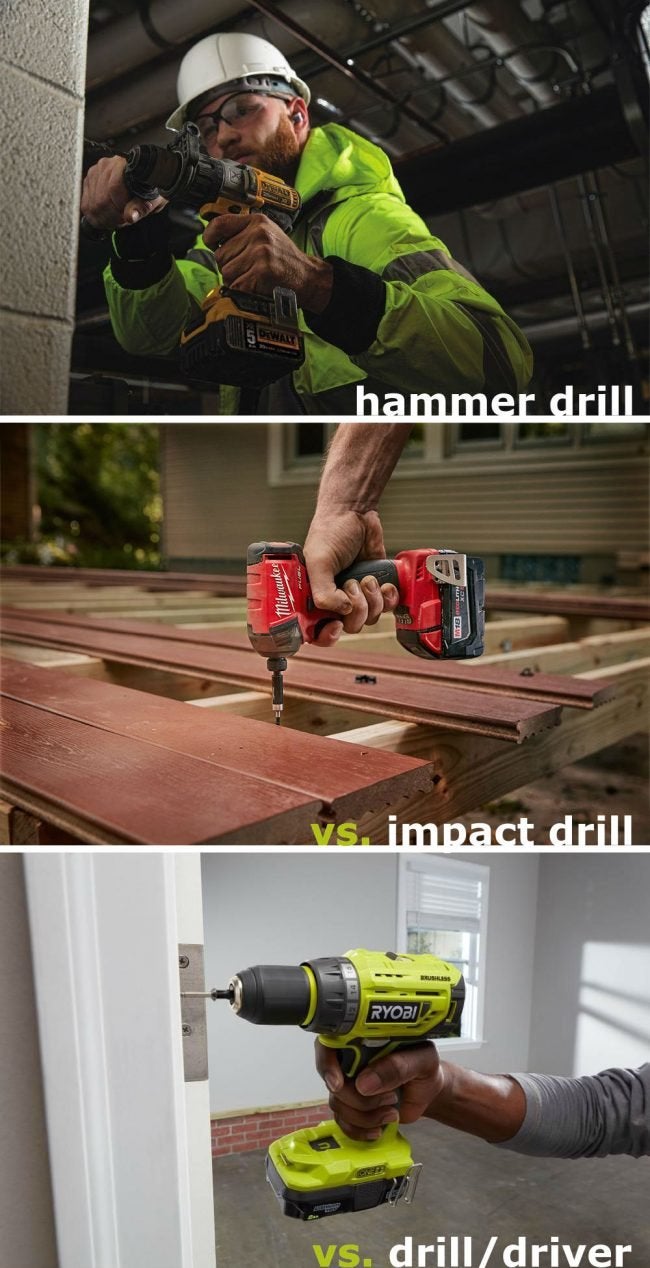 A cordless drill/driver is primarily used to drill holes and drive screws.

Most people will buy a cordless drill/driver as the first tool in their kit because itâ€™s well-rounded enough to get nearly any household task done, whether youâ€™re hanging a curtain rod or assembling a piece of furniture. You can even use different types of specialty bits to do a variety of tasks like stir paint, make pocket screws, cut large holes for can lighting, and more.

An impact driver only drives screws, but it has more power to get tougher jobs done with ease.

It can handle larger screws quicker and more efficiently than a cordless drill/driver, making it a better choice for woodworking projects involving lots of large fasteners, like building a pergola or bookshelf. Quality impact drivers are the most specialty item of the three, as they are typically only used for driving screws. You can fit them with Â¼â€ hex-shank drill bits for making holes, but theyâ€™re generally not as precise as a cordless drill/driver.

A hammer drill is designed to drill holes into rock, brick, concrete, and other masonry.

You might turn toÂ this tool if installing new house numbers on your stone-veneered exterior wall or hanging shelving on an interior brick wall. They donâ€™t justÂ bore holes into masonry, though:Â Hammer drills also typically have a setting that turns off the hammer function, so with the proper drill bits, you can use them for the same tasks youâ€™d use cordless drill/drivers for. However, even with the hammer function turned off, most people donâ€™t use them as their regular drill/driver because they tend to be bulkier and heavier.

Each type of drill uses a unique motion to get the job done.

Impact drills supply the appropriate amount of torque for driving screws (so you donâ€™t have to).

Impact drills and cordless drill/drivers have a similar rotary motion behind their force, but impact drills have more torqueâ€”that is, the rotating force of the drillâ€”in order to drive screws faster and more efficiently. That means when driving a large fastener, youâ€™ll have to exert less energy of your own, and if youâ€™re working on a large project with multiple fasteners, this will be a lot easier on your wrist. 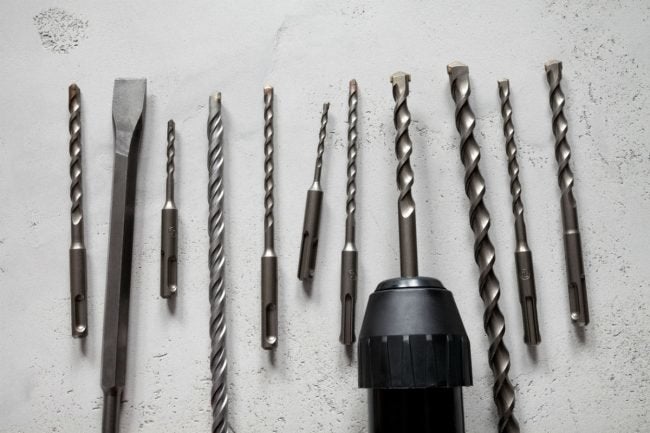 Cordless drill/drivers have an adjustable chuck, which holds the bits in place; that means you can use either standard or hex-shank types of bits to drill or drive. Most hammer drills also accept these same bits but require a special carbide-tipped bit specially designed for masonry work. Impact drivers do not have an adjustable chuck and can only be used with Â¼â€ hex-shank drill and driver bits. Bits should be impact-rated to stand up to the force of the impact driver.

Use the price to guide you.

Cordless drills/drivers will be the most cost-effective option, beginning around $30 and running as high as $100, depending on a wide range of features like voltage and battery run time. In comparison, similar impact drivers start at around $50 and can cost well over $100, also depending on how advanced the features are. You may also find these two products bundled together for some savings, since theyâ€™re both good tools to keep on hand if youâ€™re just starting to build your tool collection.

It may be wise to rent a hammer drill if you only need it for a one-off job here and there, because theyâ€™re the priciest. Cordless models can start in price around $70 with basic features and power and without masonry bits. Renting one, on the other hand, will run you about $40 for an afternoonâ€™s work.