By Rachel Mcgrath For Dailymail.com

And on Sunday, Judd Apatow lent his support to a star-studded charity fundraiser in Malibu.

The director and producer was accompanied to theÂ ROCK4EB! event by his actress wife Leslie Mann and daughter Maude Apatow, 21, also an actress. 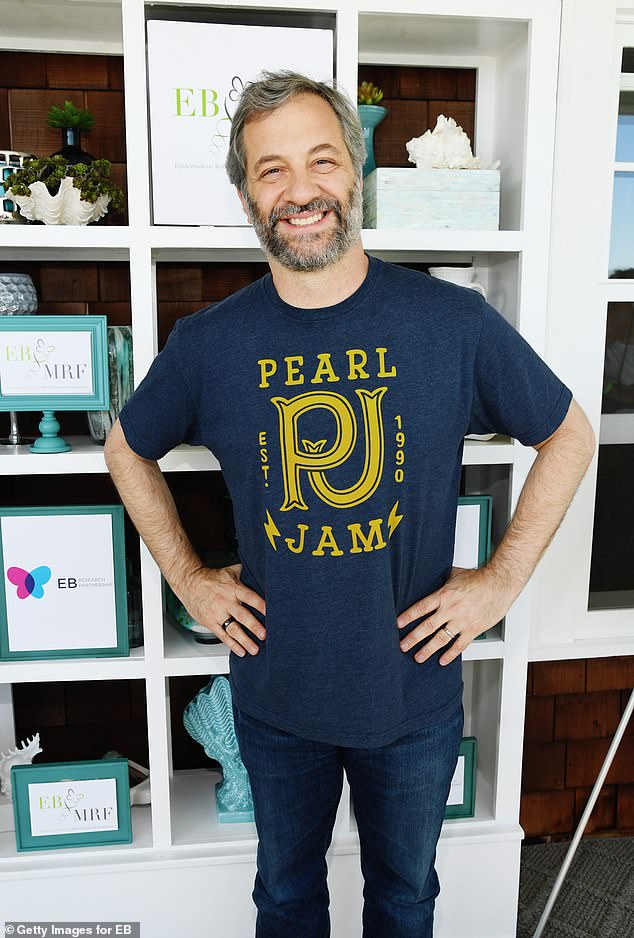 For a cause: Judd Apatow lent his support to a star-studded charity fundraiser in Malibu on Sunday

Apatow, 51, sported a Pearl Jam t-shirt and blue jeans for the bash at which Eddie Vedder performed.

He also posed for photos with Adam Sandler who was also on the bill to entertain the exclusive audience.

Leslie, 47, and Maude posed up a storm with Courteney Cox at the private residence that hosted the fundraiser to benefit theÂ Epidermolysis Bullosa Medical Research Foundation. 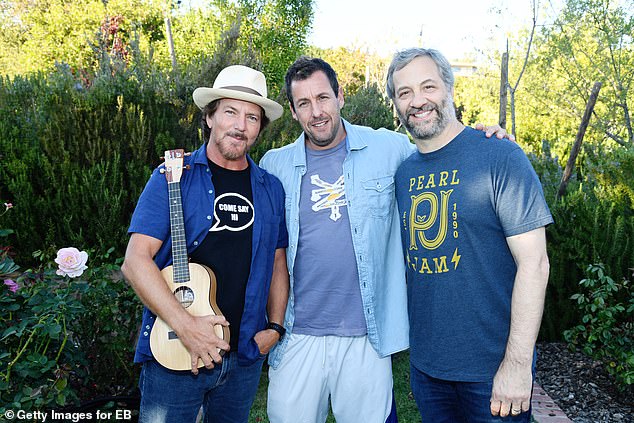 Celebrity pals: The director, 51, wore a pearl Jam t-shirt and jeans and posed for photos with Eddie Vedder and Adam Sandler who provided the entertainment at the event 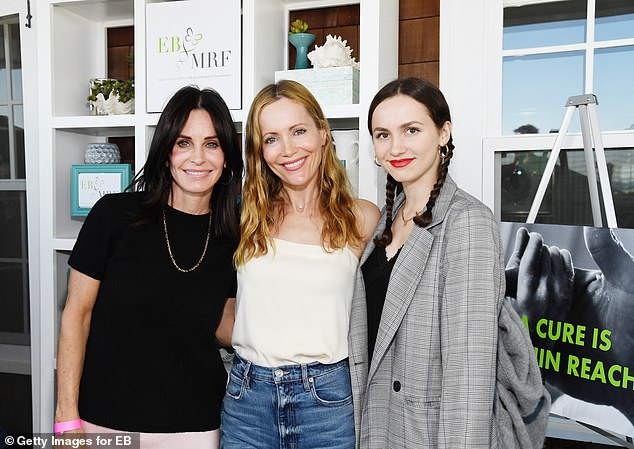 Exclusive guest list: Apatow’s wife Leslie Mann, 47, and their daughter Maude, 21, accompanied him to the bash where they had their picture taken with Courteney Cox 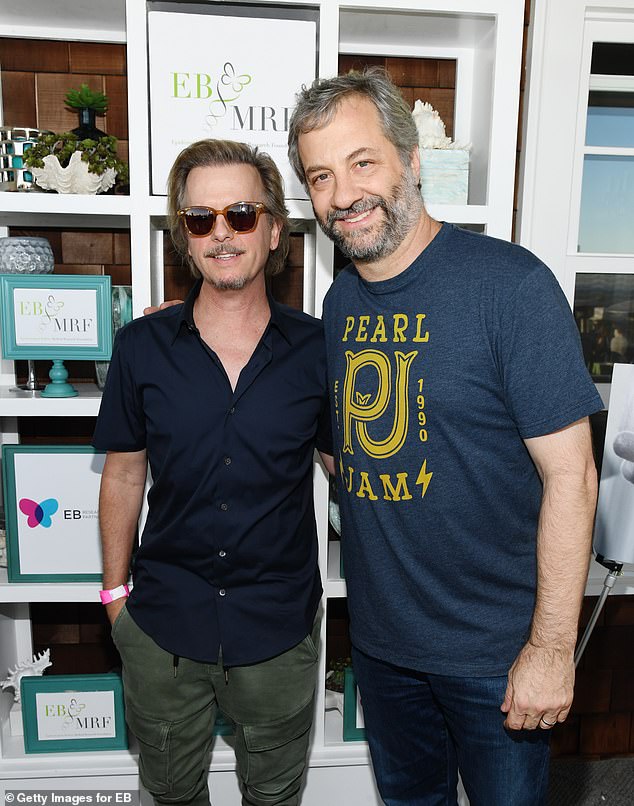 Supported charity: Apatow, famous for his big screen comedies such as the 40-Year-Old Virgin, Knocked Up and Trainwreck, met up with comedian and actor David Spade

Apatow and Mann met when she auditioned for a role in 1996’s The Cable Guy which he was producing and they tied the knot in 1997.

In addition to Maude, the couple also share a daughter Iris, 16.

Apatow’s next big screen release will be the Pete Davidson starrer Staten Island which he’s spent the summer filming.Â 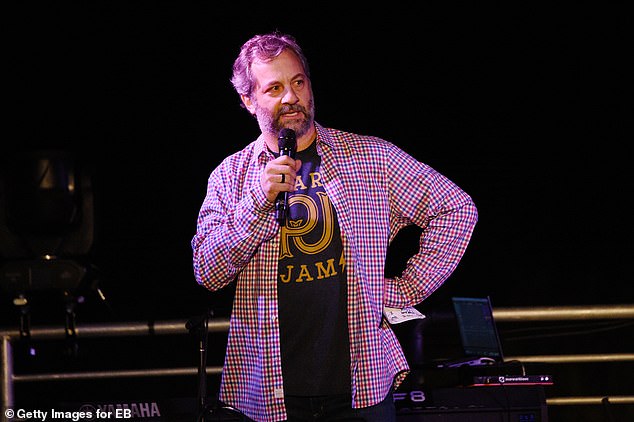 Things to say: The director and producer said a few words during the evening which raised money for theÂ Epidermolysis Bullosa Medical Research Foundation