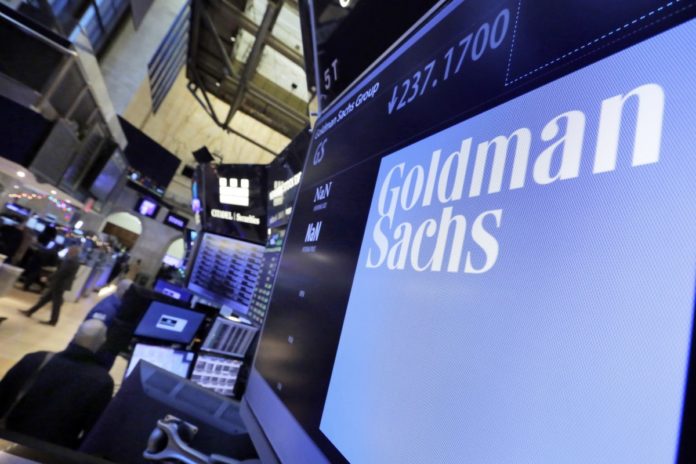 Goldman Sachs Group Inc. could pay under US$2 billion to settle US probes over its role in raising money for scandal-plagued Malaysian investment fund 1MDB, Bloomberg reported on Friday, citing three people familiar with the negotiations.

The US Justice Department and other federal agencies are mulling a fine between US$1.5 billion and US$2 billion â€“ a far cry from the expectations of some analysts. Earlier this year, analysts from Citi wrote that the penalties could reach as high as US$9 billion.

While a settlement could be announced as soon as next month, the terms could change before a deal is sealed.

US regulators have been investigating the Wall Street bankâ€™s role in raising capital for the now-insolvent Malaysian investment fund between 2012 and 2013.

Malaysia has charged Goldman and 17 current and former directors of its units for allegedly misleading investors over bond sales totaling US$6.5 billion that the US bank helped raise for sovereign wealth fund 1Malaysia Development Bhd (1MDB).

US Attorney General William Barr is overseeing the case and most of the settlement is expected to be given to the Justice Department.

Goldman Sachs spokeswoman Maeve DuVally reiterated that the bank continues to cooperate with the regulatorsâ€™ investigations. But she declined to comment further.

The Justice Department, the Federal Reserve, and the Securities and Exchange Commission also declined to comment.

Previously, Goldman had offered to enter a settlement agreement with Malaysia, but this was turned down by Prime Minister Dr Mahathir Mohamad, who said that the bank was offering only RM1 billion (US$0.24 billion) as compensation.

Still, Goldman is privately seeking to lower its fines. It contends that the crimes were committed by a rogue employee and that the bank was unaware of the misconduct.

If it pays anywhere near US$2 billion, Goldman would join other banks that have been slapped with hefty US penalties this decade. They include HSBC Holdings plc (US$1.9 billion), BNP Paribas S.A. (US$9 billion), and Societe Generale S.A. (US$1.3 billion).

1MDB became the hub of a global corruption and embezzlement scandal in which corrupt officials and financiers allegedly siphoned off a massive amount of cash.

The logo for Goldman Sachs appears above a trading post on the floor of the New York Stock Exchange. Picture credit: AP (South China Morning Post)