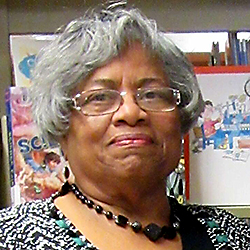 A diverse workforce is not merely â€œpolitically correct;â€ it is an essential tool for driving economic growth. Research supports the link between inequality and the failure of communities to thrive economically. Research also reinforces the link between institutional racism and regional economic stagnation.

Peoria City Council reviewed the composition of the cityâ€™s workforce and voted unanimously at a meeting in December to allocate $30,000 for minority recruitment.

Dr. Farris Muhammad, Peoriaâ€™s chief diversity and inclusion officer, said this is the first time the city allocated funding for this type of pilot program. It was developed with input from Muhammad, city departments including human resources, police, fire and the city council as well as the Peoria NAACP. Some funds will be used to participate in college job fairs on campuses primarily within a 3- to 4-hour drive from Peoria.

â€œWe are pushing not just for recruitment at entry level positions,â€ Muhammad said. 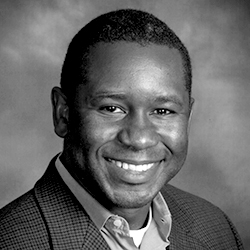 Dr. Olugbena Ajilore, senior economist with Center for American Progress, said Peoriaâ€™s allocation of $30,000 for minority recruitment is a positive step, but Peoria must show potential employees that this is a welcoming community.

â€œPeople moving to an area is a tool for economic growth, and people need to feel welcomed. The assumption about the Heartland and Midwest is that itâ€™s not good for people of color,â€ he said. â€œIf you are known as a welcoming city, you see the economic base grow. D.C., New York and Boston are expensive places to live so there are growth opportunities for rural areas.â€

People need to see Peoria not just as a place to get a job but as a good place to live, buy a home, do things outside of work, he said.

â€œThatâ€™s not sustainable,â€ he said, stressing that the goal of all economic development organizations should focus on inclusivity.

Jackson can trace and correlate the decline in workforce diversity with Peoriaâ€™s economic downward spiral.

She was the EEO officer with the city for eight years in the 1970s and had a staff including an investigator who looked into complaints of discrimination.

â€œWe used to be the second largest city in Illinois. Look at us now,â€ she said.

When Caterpillar Inc. brought African American families to Peoria, the company would match them with a mentor family, often Ernestine and her husband Don. They would tour the community, looking at schools, housing, restaurants and shopping.

Now, when families come to Peoria for jobs, they look at homes and schools in Dunlap, Germantown Hills and even Mackinaw, Jackson said.

â€œPeople fail to understand equality is an economic boon for an entire community,â€ she said. â€œNow instead of new families relocating to Peoria, we have all these new taxes added to balance the budget.â€

Jackson is both famous and infamous in the annals of Peoria employment opportunity. She is known as the EEO officer who walked onto job sites to confirm firsthand the diversity among city contractors. She almost stopped work on the Peoria Civic Center in the 1970s because of a contractorâ€™s lack of a diverse workforce.

â€œLou Berger (then chairman of the civic center authority board) was in my office immediately, and we worked it out,â€ said Jackson.

She readily and repeatedly credits the cityâ€™s past success by crediting the mayors, city managers and city councils and others she worked with. Names included Dick Carver, Bob Wright, Jim Daken, John Gibson, Jim Bateman, Dick Neumiller. On the federal level, she cited support for the work coming from Everett Dirksen, Bob Michel and Ray LaHood.

â€œThey had the heart and the commitment for equal opportunity,â€ she said. â€œThere were more African Americans in top management then than there are today. There were more women department heads. The city looks totally different today than it did in the late 1970s.â€

She developed an equal opportunity program and met regularly with department heads to discuss potential openings, who was approaching retirement, what positions might be opening.

â€œWe started recruiting before positions were open or posted,â€ she said.

Jackson said wrong, costly decisions are made unless there is diversity in the policy discussion.

Today, Muhammad has no staff and is the sole employee in the department of diversity and inclusion.

We have to place the same value on hires for workforce diversity,â€ he said.

Barriers for African Americans, immigrants and the LGBT community block economic growth, Ajilore said, noting that Peoriaâ€™s $30,000 investment in minority recruitment is a first step. Potential recruits need to see Peoria is a community that welcomes and supports diversity.