In one of the biggest collaborations of the last decade, members of Tool, Iron Maiden, and System Of A Down have gotten together for a jam session we hope to see more of.

If thereâ€™s one thing that music fans love, itâ€™s seeing their favourite musicians team up to create a supergroup of sorts. While the likes of Them Crooked Vultures, Audioslave, and Temple Of The Dog have been some of the most famous, fans have also lamented the collaborations that never made it to the studio.

While 2019 saw the likes of the Foo Fightersâ€™ Taylor Hawkins teaming up with Matt Cameron of Pearl Jam and Soundgarden, and the Melvinsâ€™ Buzz Osborne, weâ€™ve waited eagerly to see if any studio recordings would emerge.

Now, thereâ€™s another supergroup to add to that pile, with members of Tool, Iron Maiden, and System Of A Down jamming together over the weekend.

Check out photos of the collaboration:

Taking to Instagram over the weekend, System Of A Down bassist Shavo Odajian revealed that he, along with Toolâ€™s Justin Chancellor and Iron Maidenâ€™s Adrian Smith, got together to perform for the birthday of the latterâ€™s wife, Nathalie Dufresne-Smith.

â€œHad the pleasure of jamming with a couple of legends last night,â€ Odajian shared. â€œWhat a great night. Until next time.â€

Further photos indicated there was a little bit of a switch in instruments for the night, with Chancellor â€“ who usually serves as Toolâ€™s bassist â€“ sitting behind the drums for a change.

While thereâ€™s been no recordings of the event shared online, we can only hope that Odajianâ€™s comment of â€œuntil next timeâ€ might indicate that there will be more of this sort of thing in the future.

In related news, fans will be able to see both Tool and Iron Maiden in the coming months, with both bands announcing a pair of long-awaited Australian tours.

While Tool releasedÂ Fear Inoculum â€“ their first album since 2006 â€“ last year, Iron Maiden appear to be gearing up to release a new record â€“ their first since 2015 â€“ in the coming months.

Meanwhile, System Of A Down have famously not released a new record since 2005, with members appearing to be at odds on how to move forward and record new music. Hereâ€™s hoping this jam might inspire new tunes to flow from camp SOAD.

Check out â€˜Hypnotizeâ€™ by System Of A Down: 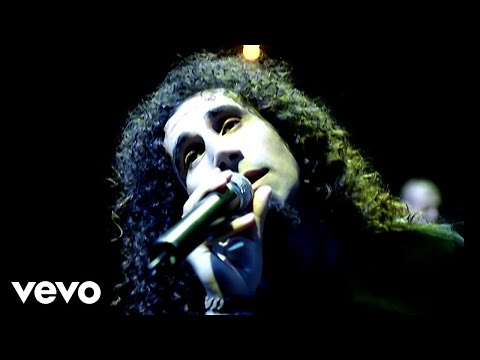 Iron Maiden â€“ The Legacy Of The Beast Tour Australia 2020:

With special guest to be announced