Warning: Use of undefined constant REQUEST_URI - assumed 'REQUEST_URI' (this will throw an Error in a future version of PHP) in C:\xampp\htdocs\mbc1\wp-content\themes\jannah4\functions.php on line 73
 Apple disables Watch Walkie-Talkie app due to eavesdropping bug – jj

While Apple normally likes to shout about its security efforts across its devices, the company has had a few notable slip ups lately. A few months ago, a FaceTime bug paved the way for secret eavesdropping through a Mac, iPhone or iPad microphone and now, a similar issue has been discovered as part of the Apple Watch Walkie-Talkie app.

The Walkie-Talkie app was introduced to WatchOS 5 last year and is also based on FaceTime. Watch users can add someone to their Walkie-Talkie contact list and then quickly communicate with them via the watchâ€™s speaker and microphone using a â€˜push to talkâ€™ system just like a walkie talkie. While two users would normally need to accept an invite to activate Walkie-Talkie communication on the Apple Watch, a recently discovered vulnerability could allow users to circumvent this and eavesdrop with no knowledge from the targeted user. 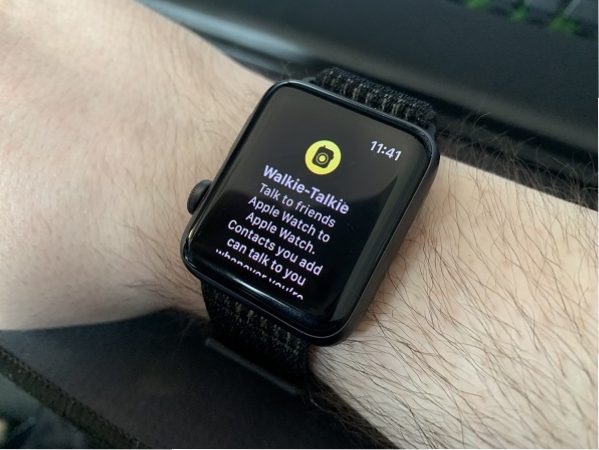 Apple has since issued a statement clarifying that it is â€œaware of the vulnerabilityâ€ and has disabled the Walkie-Talkie function on Apple Watch while they investigate a fix. Currently Apple is â€œnot aware of any use of the vulnerability against a customerâ€, so it looks like whoever discovered the exploit managed to keep everything quiet while reporting the issue to Apple directly.

A fix hasnâ€™t rolled out just yet but we should hear more in the coming days.

KitGuru Says: Apple has had a couple of security slip-ups lately but weâ€™ve seen that they are much quicker to action nowadays and tend to be very proactive when it comes to issues like this. Hopefully a fix can be rolled out fairly soon.Â

Husband was watching film in cinemahall with girlfriend, spouse caught red-handed, dragged her out ..

on Kargil Vijay Diwas Akshay Kumar shared video of indian Troopers wrote million salutes to India | Akshay shared the video of your mats, and wrote a number of salute to India