Warning: Use of undefined constant REQUEST_URI - assumed 'REQUEST_URI' (this will throw an Error in a future version of PHP) in C:\xampp\htdocs\mbc1\wp-content\themes\jannah4\functions.php on line 73
 Apple Watch's Walkie Talkie bug allowed users to eavesdrop on your iPhone – jj

Apple deactivated the Walkie Talkie app on the Apple Watch after a vulnerability surfaced that allowed people to listen to other iPhone users without them knowing. The company received the notification about the problem on its report vulnerability portal and the company said that thereâ€™s no evidence to the bug being exploited. 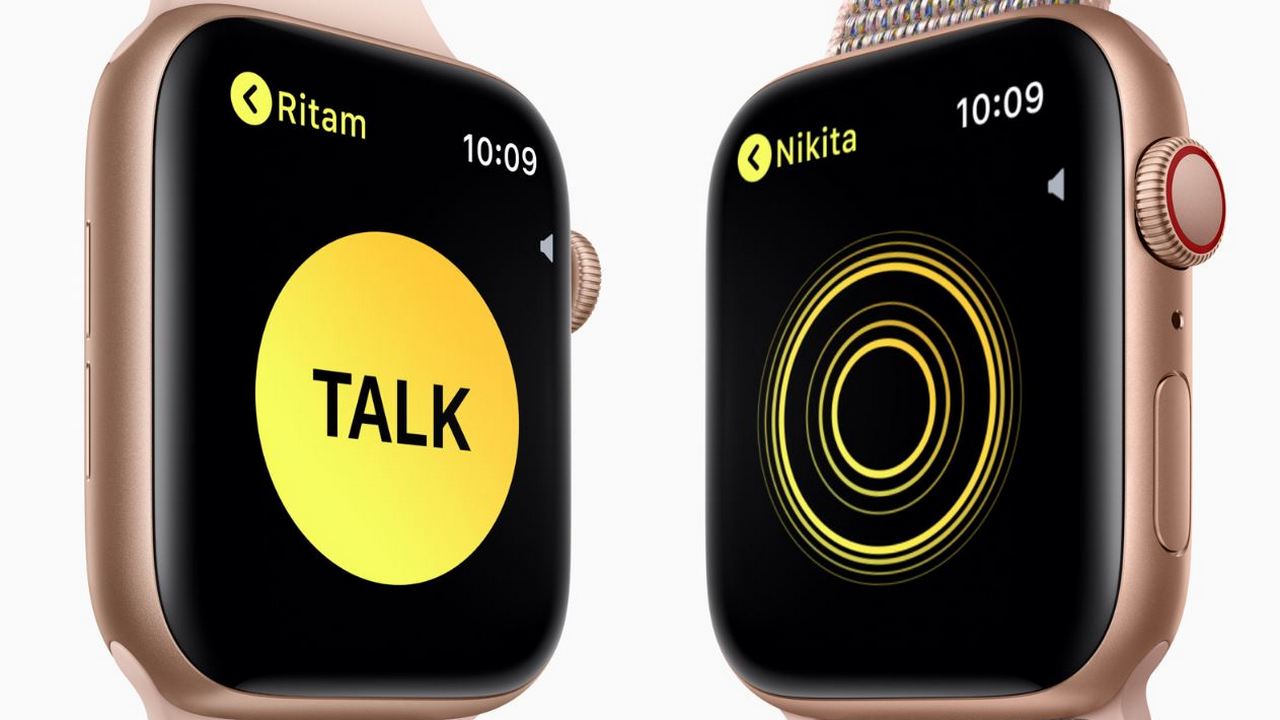 Walkie-Talkie is a fun feature which makes use of the Apple Watch Series 4’s powerful microphone and speaker. Image: Apple.

For now, Apple has temporarily disabled the functionality until it comes out with a fix. Even though the app is installed by users, it wonâ€™t work.

Using the Walkie Talkie app, two Apple Watch users could exchange audio chats with each other using a â€˜push-to-talkâ€™ interface. This feature would work only after both the parties accepted an invite from each other.

“We were just made aware of a vulnerability related to the Walkie-Talkie app on the Apple Watch and have disabled the function as we quickly fix the issue. We apologize to our customers for the inconvenience and will restore the functionality as soon as possible. Although we are not aware of any use of the vulnerability against a customer and specific conditions and sequences of events are required to exploit it, we take the security and privacy of our customers extremely seriously. We concluded that disabling the app was the right course of action as this bug could allow someone to listen through another customerâ€™s iPhone without consent. We apologize again for this issue and the inconvenience.”

Earlier this year, another major bug was discovered in Appleâ€™s new Group FaceTime feature. It transmitted one user’s audio to the other even when the recipient did not pick up the call. Apple was quick to acknowledge the vulnerability and disabled Group FaceTime in iOS and macOS.

As we follow the planned launch of India’s second mission to the Moon, Chandrayaan-2 on 15 July, you can find our entire collection of stories, in-depth analysis, live updates, videos & more on our dedicated #Chandrayaan2TheMoon domain.

Individuals within the Baramulla of Kashmir are: EXCLUSIVE

5G might make Apple a $1 trillion enterprise once more