Warning: Use of undefined constant REQUEST_URI - assumed 'REQUEST_URI' (this will throw an Error in a future version of PHP) in C:\xampp\htdocs\mbc1\wp-content\themes\jannah4\functions.php on line 73
 Original Apple-1 Computer Operation Manual Sells for Over $12k at Auction – jj

An original manual for the Apple-1, Appleâ€™s first computer, has sold for $12,296 in a Boston-area auction.

The Operation Manual provides instructions for getting the system up and running, using the system monitor, and expanding the system, and features an impressive fold-out schematic of the Apple-1 computer.

Also included was a page headed â€œ6502 Hex Monitor Listing,â€ for an innovative memory program devised by Steve Wozniak which is commonly called the â€˜Woz Monitor.â€™ 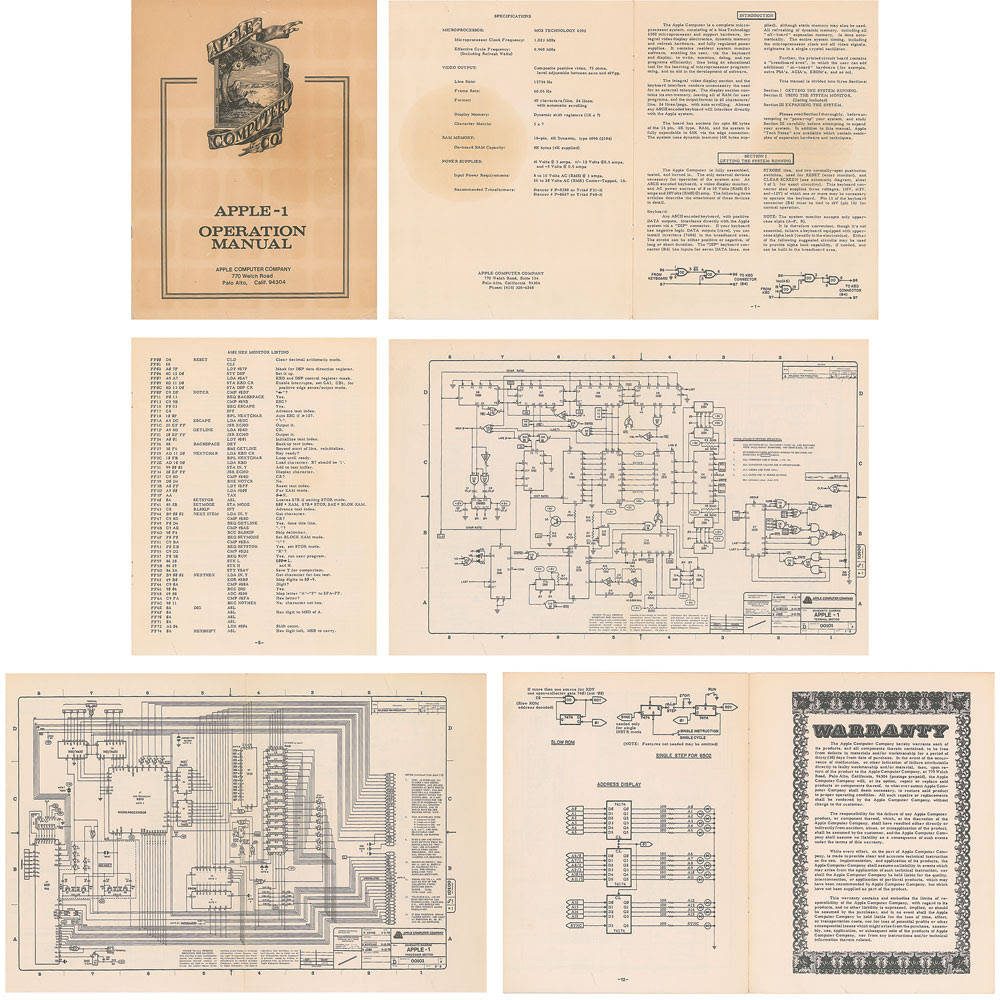 The manual was expected to bring over $10,000 before it went up for auction. The winning bid was by â€œa technology entrepreneur from the northeastern United Statesâ€ who wants to stay anonymous, RR Auction said. The auction ended on Wednesday, July 10.

Although 12-page document had grid-shaped toning, a small tear, and a circular stain on the front cover, it was described as being in â€œvery good to fine condition.â€ The winning bid also grabbed a pair of glossy photos signed by Apple co-founder Steve Wozniak â€” one featuring the Apple-1, the second Wozniak with fellow co-founder Steve Jobs.

Only about 200 Apple-1 systems were ever produced, and 175 were actually sold. Most were hand-built by Jobs and Wozniak. Around 65 original Apple-1 manuals are thought to still exist, making them even rarer than the computers they accompanied.

Chris is a Senior Editor at Mactrast. He lives somewhere in the deep Southern part of America, and yes, he has to pump in both sunshine and the Internet.