Warning: Use of undefined constant REQUEST_URI - assumed 'REQUEST_URI' (this will throw an Error in a future version of PHP) in C:\xampp\htdocs\mbc1\wp-content\themes\jannah4\functions.php on line 73
 Galaxy Note 10 Plus Press Image Leak Gives Us a Closer Glance at the Flagship's Front Side – jj 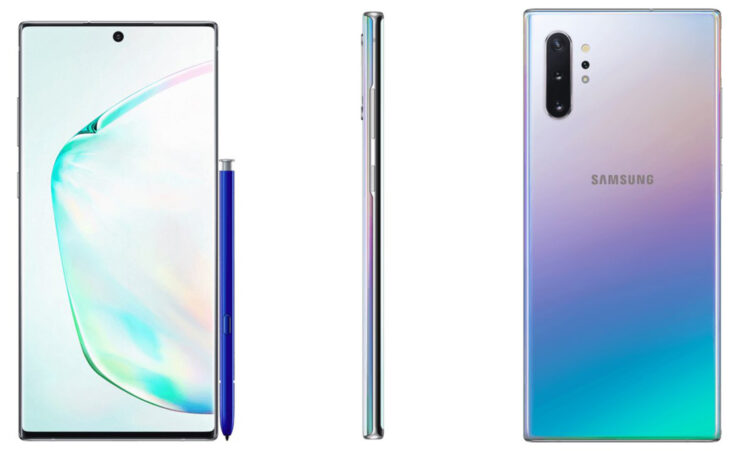 As Samsungâ€™s expected August 7 announcementÂ lurks around the corner, more Galaxy Note 10 Plus press images should arrive in droves, with the latest one looking like it was taken from the companyâ€™s website. Samsung has certainly made a boatload of changes compared to last yearâ€™s Note 9, especially the display part. With its punch-hole display approach, you get more screen real estate than ever before, and with the Note 10, expect to get treated to the best of what Samsung has to offer, in both style, and functionality.

The render has been shared by Evan Blass, one of the more popular leaksters on Twitter. The image reveals the Galaxy Note 10 Plus picture with its S-Pen. While Samsung hasnâ€™t revealed what changes will be added to the stylus, weâ€™re confident it will be a step-up compared to the features present in the Note 9â€™s S-Pen.

The color that you see in this Galaxy Note 10 Plus press image is the same gradient finish that weâ€™ve come across before. Perhaps Samsung wants to follow in the footsteps of Huawei, and maybe a unique design coupled with an attractive color should attract a torrent of customers. Just above the punch-hole front-facing camera, we notice what could be an IR Blaster. While a lot of users might not take advantage of the feature, it will still be useful for a handful of them.

The smaller two holes most likely represent the microphone and SIM card tray. As rumored before, there isnâ€™t going to be any expandable storage capability, so the SIM tray will most likely accommodate two cellular cards and nothing more. The base model of the Galaxy Note 10 lineup should start from 256GB of onboard storage, and we feel it will be plentiful for a lot of users. Unfortunately, some of you might be put off by the pricing of the flagship, since it starts from â‚¬999 in Europe.

This price is going to be a lot different in the U.S. but expect to pay something similar to own Samsungâ€™s latest and greatest Galaxy Note unit. Any other changes that weâ€™ll spot will most definitely happen in future leaks, so stay tuned for more updates.

What Love Can Do