Warning: Use of undefined constant REQUEST_URI - assumed 'REQUEST_URI' (this will throw an Error in a future version of PHP) in C:\xampp\htdocs\mbc1\wp-content\themes\jannah4\functions.php on line 73
 Khloe Kardashian explains why she gets 'blackout' every Christmas Eve (Exclusive) – jj 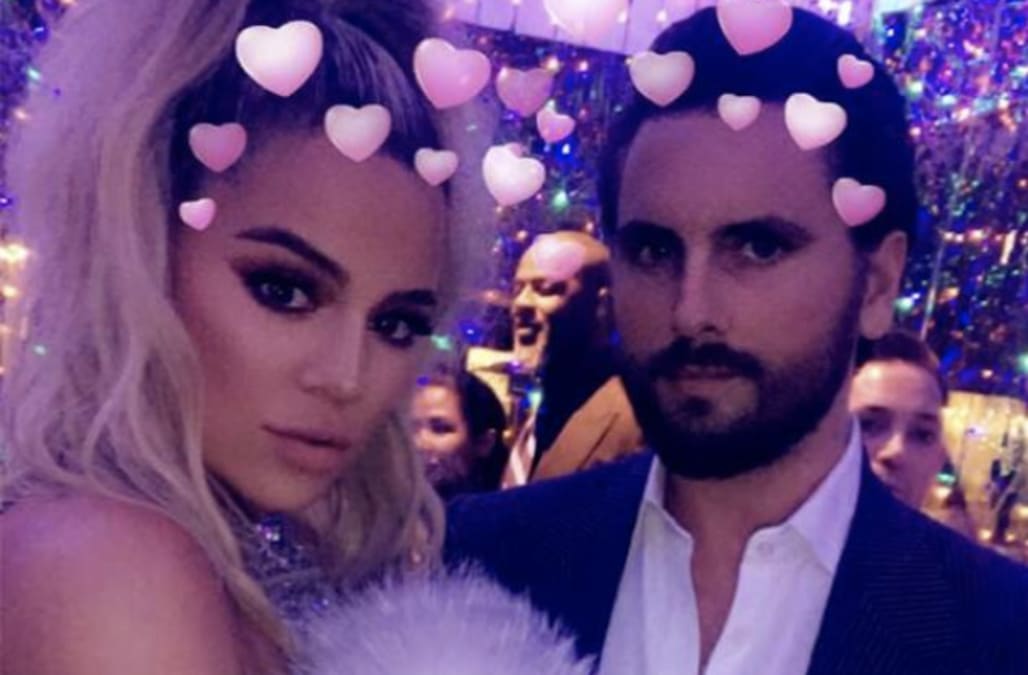 Khloe Kardashian likes to enjoy herself, but she only lets herself truly let loose one night a year: Christmas Eve.

The “Revenge Body” star’s family famously throws a star-studded holiday party on Christmas Eve every year, and Khloe recently told AOL’s Gibson Johns that it’s the “one night a year” where she gets “blackout” drunk.

Khloe made the reveal while playing a game of “Remember When?” alongside Scott Disick, where they opened up about their friendship of over a decade while reacting to old photos of themselves together, and we showed them a Snapchat selfie from the December 2017 party.

“That was Christmas Eve. I just announced I was pregnant. I had a tiny little bump,” Khloe smiled.

“I like to get to Khloe early in the event,” Scott chimed in.Â “When she’s a little more coherent…”

“I’m known for … Christmas Eve is the one night a year where I am blackout, because it’s at my mom’s house or Kim’s house and I feel safe there,” Khloe explained.

“That’s why I get there early!” Scott reiterated.

Khloe Kardashian and Scott Disick together through the years

I’m in love with the koko

Happy birthday to my brother @letthelordbewithyou !!! I am so thankful to have such an incredible addition such as you to our family! We have come such a long way, you and I! I am so thankful for the person that you have grown into. I am thankful for every highs and lows because we have been through it all and we are closer than ever. I am proud to say that you are my brother and also one of my best friends! Have the best birthday Lord!! FOREVER the Lord and the Lady

That awkward moment when you realize you have the wrong sister

Repost! The Lord and his lady! @khloekardashian thanks for saving me, #hardtimesinthetub

Khloe had to make one clarification, though: She wasn’t “blackout” drunk in the selfie in question, which was taken when she was pregnant with her only child, True Thompson.

“I am effed all the way up [every year],” she said. “Except that Christmas Eve, because I was pregnant!”

To hear from Khloe Kardashian and Scott Disick about another time that they had maybe a littleÂ tooÂ much fun (Khloe told us that she got “belligerently drunk” during one of her famous “Khlomoney” parties), watch the video at the top of the page.

David Hasselhoff spotted with wife and daughter, both named Hayley, in New York