Warning: Use of undefined constant REQUEST_URI - assumed 'REQUEST_URI' (this will throw an Error in a future version of PHP) in C:\xampp\htdocs\mbc1\wp-content\themes\jannah4\functions.php on line 73
 Samsung Galaxy S10 Plus overview – jj

The S10 Plus has a number of rivals, including competition from the other three phones in the S10 range. 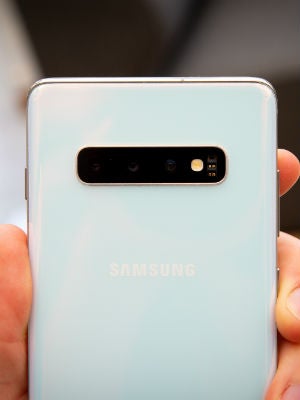 The S10 5G, however, we wouldnâ€™t bother with â€“ you might get an extra camera and a bigger screen, but the infrastructure isnâ€™t in place to justify having a 5G phone yet.

But what if you have an S9 or S9 Plus? Can the S10 Plus really be that much better? The answer is yes, and then some. The S10 Plus is like a glimpse into the future of Android phones â€“ itâ€™s slick, beautifully designed, and powerful. The S9 series, however, is like the best of the old guard.

So what about external rivals, like Google and Apple?

Weâ€™d say that unless youâ€™re already locked in to the Apple ecosystem, you should get the S10 Plus over an iPhone XS or XS Max. Weâ€™d also say, however, that thereâ€™s never been a better time to break free from Appleâ€™s grasp.

If it was up to us, and we had the extra cash, weâ€™d probably pick the S10 Plus â€“ and we donâ€™t say that lightly.