Warning: Use of undefined constant REQUEST_URI - assumed 'REQUEST_URI' (this will throw an Error in a future version of PHP) in C:\xampp\htdocs\mbc1\wp-content\themes\jannah4\functions.php on line 73
 Buttered and Salty: 'The Lion King' â€“ Evaluation – jj 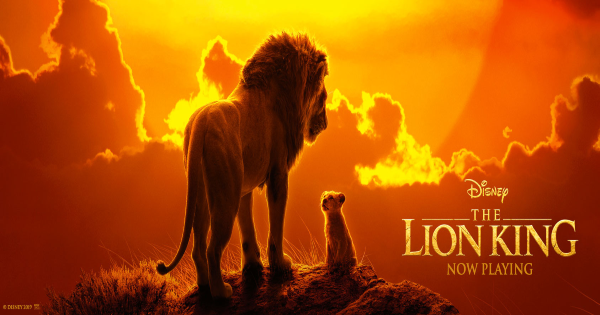 Letâ€™s get two things out of the way right off the bat: First, Disneyâ€™s remake of â€œThe Lion Kingâ€ is NOT a live-action film. Besides the gorgeous National Geographic-level backgrounds, this is an animated film through-and-through. Second, director Jon Favreauâ€™s (â€œIron Man,â€ â€œThe Jungle Bookâ€) film is a hard one to review for a bunch of reasons.Â

Itâ€™s almost impossible to watch this new movie and not think about the (first) animated version from 25 years ago. That happened to me back in May when I reviewed Disneyâ€™s â€œAladdinâ€ (* * Â½) live action remake. It goes double for this one, because I just asked these same questions two months ago.Â Â

When critiquing a film you do your best to review it based on its own merits. Regardless if the film is a remake, sequel, difficult production, ridiculously over-budgeted or any other sideline context, it comes down to if the film is effective in achieving what it what it intended to. In that set of guidelines the film is good. I read someone smarter than me refer to it as a â€œcut and paste job,â€ though Iâ€™ll expand that to say the old software it was cut from was a 90â€™s Dell computer and it was pasted onto a new, shiny Apple Mac Pro. Besides the technological leap the films feel pretty identical.Â

Except thereâ€™s a spark missing from this gorgeous looking film. A sense ofâ€¦magic. Where the original was sprinkled with the good luck of Tinker Bellâ€™s magic fairy dust, this photo-realistic remake is missing the emotional weight of the original. I canâ€™t quite place why. The animal CGI is remarkable, with Disney finally mastering the look of real-life animals, the emotion behind their eyes (which was the big issue with animal CGI) and their movements. Perhaps the issue lies in the fact that the 1994 characters were the complete creation of the animators. These artists had carte blanche with their characterâ€™s facial expressions, their look etc. This version is limited to what these animals can actually do in the real world. There isnâ€™t a lot of human-like expression in a lion, and thereâ€™s pretty much only one movement a red-billed horn-bill can make with his beak. When all is said and done this movie has more in common with â€œBabeâ€ than the original animated classic, at least were the animals are concerned.Â

On the voice actor front, James Earl Jones is back as Daddy Lion â€œMufasa,â€ because honestly, who else are you going to get that will match the vocal timbre of a legend like that? Part of me wishes they grabbed Jeremy Irons to reprise his role as the dastardly brother â€œScarâ€ as well. Chiwetel Ejiofor is an exceptional actor, but Irons wins this round with an unforgettable performance as the jealous and vengeful Lion.Â

Though the multi-talented Donald Glover is admirable as adult Simba, Billy Eichner and Seth Rogen steal the film as Timon and Pumbaa respectively. These two characters come closest to capturing the humor and magic of the original.Â

BeyoncÃ© voices Simbaâ€™s friend/love interest Nala, and while Iâ€™m expecting angry e-mails or tweets for saying this, she is by far the weakest link in the vocal cast. BeyoncÃ© is a force of nature in the music world, but doesnâ€™t have much range as an actress and sticks out like a sore thumb in the second half of the film.Â

The 2019 version is about 30 minutes longer, though I imagine 10 minutes of that is in the credits, considering all the effects wizards that were employed for this endeavor. If I had to guess, the additional story/footage is in the second half of the movie. Thereâ€™s a visual example of the circle of life later in the film that is wonderful. I believe thatâ€™s new.Â

One thing that is indisputable while watching this stellar animal CGI is that this is the new normal for Disneyâ€™s animation department. No longer tethered to traditional hand-drawn animation, the studio is now capable of creating any animal or creature with real-life precision and adding them to backgrounds or characters that would have been only wishful thinking when Walt was creating the original animated classics. A live action Snow White can act alongside real (looking) animals. I assume that one will get the remake treatment as well. With other live action fare failing at the box office the last few years, the â€œlive action classic remakeâ€ is the lane Disney is going to stay in. The studio is releasing four â€œlive actionâ€ remakes in 2019 alone.Â

The bigger question is, â€œIs there still a place for traditional animation?â€ Maybe for another studio, as Disney is moving full steam ahead with this plethora of remakes. In this case though, the 1994 original animated film is still King.

Uncommon Consuming Behaviors Might Be A New Diagnostic Indicator For Autism