Warning: Use of undefined constant REQUEST_URI - assumed 'REQUEST_URI' (this will throw an Error in a future version of PHP) in C:\xampp\htdocs\mbc1\wp-content\themes\jannah4\functions.php on line 73
 Adapting iPhone and Apple Watch to a 3-day energy outage – jj

Itâ€™s easy to dismiss how reliant a modern lifestyle is on the ability to constantly charge batteries and consume large quantities of data over WiFi. Even minor interruptions to internet and electrical services can be frustrating inconveniences, but how do iPhones, Apple Watches, and Macs fare during an extended period off the grid? I unexpectedly found out this week.

Shortly after noon on July 20th, a round of severe storms sent a large cedar tree crashing to the ground in my front yard, severing the power and communication lines running to my home and office. Outages were widespread throughout the entire region, with countless trees and utility poles snapped. Cell towers were even offline for several hours. Maintenance crews began a 24/7 operation to restore service to nearly 170,000 customers in rural areas. Severe weather of this caliber is highly uncommon along the northern edge of the Midwestern United States.

While most family and friends had power and internet restored within about a day, the single line running from my house to the road was a low priority for a crew overworked and stretched thin tackling larger outages. Power wasnâ€™t restored until the afternoon of July 23rd, roughly 76 hours later. Internet service remains disconnected as I write this. 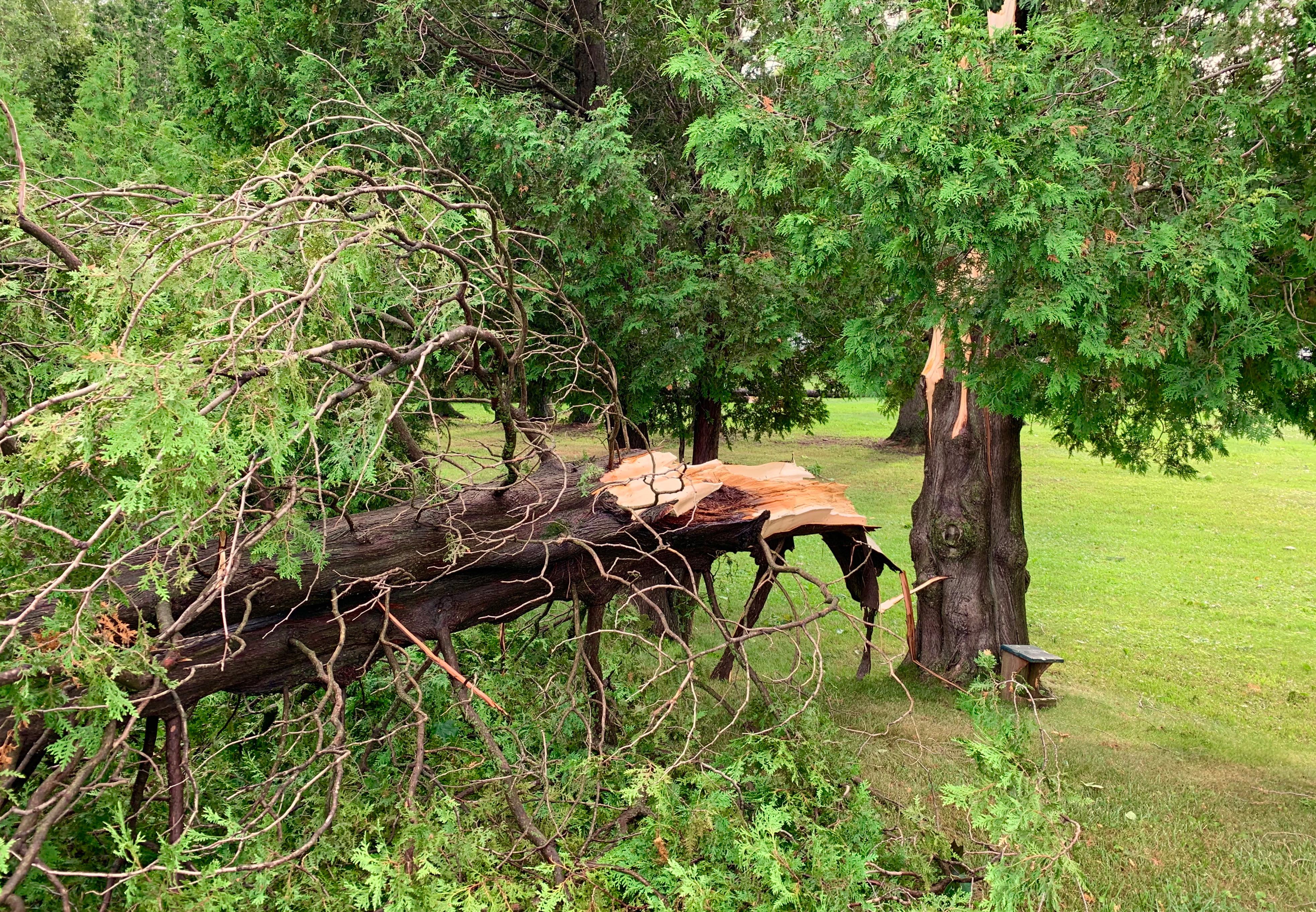 The tree that disconnected my power and communication lines.

Going off the grid for a camping trip or hike in the woods can be relaxing. When traveling, airports and hotels are designed to minimize the stress of finding an outlet or a free WiFi connection. But at home, I was totally unprepared. My job relies on a constant connection, so beyond loitering at Starbucks, I learned to take full advantage of the power and data saving features of iOS and macOS to get by. I also discovered a few opportunities for software improvements that would make situations like mine less of a headache.Â

Low Power Mode on iOS is probably the single most effective way to stretch your iPhoneâ€™s battery life. Flipping the toggle in Settings turns down your display brightness and reduces background tasks like downloads and fetching new email. I use Low Power Mode frequently while traveling and swear by it, so it was the first thing I enabled when power was cut. One switch extended my battery life by hours over multiple days.

MacBooks could benefit from Low Power Mode, too. Switching from the power adapter to battery power already enables a number of energy-saving features, but a toggle for further performance optimizations â€” like freezing background apps â€” could significantly improve power-hungry macOS. My MacBook was the most challenging device to keep charged by far, especially since it canâ€™t be fed with a standard portable USB-A power bank. 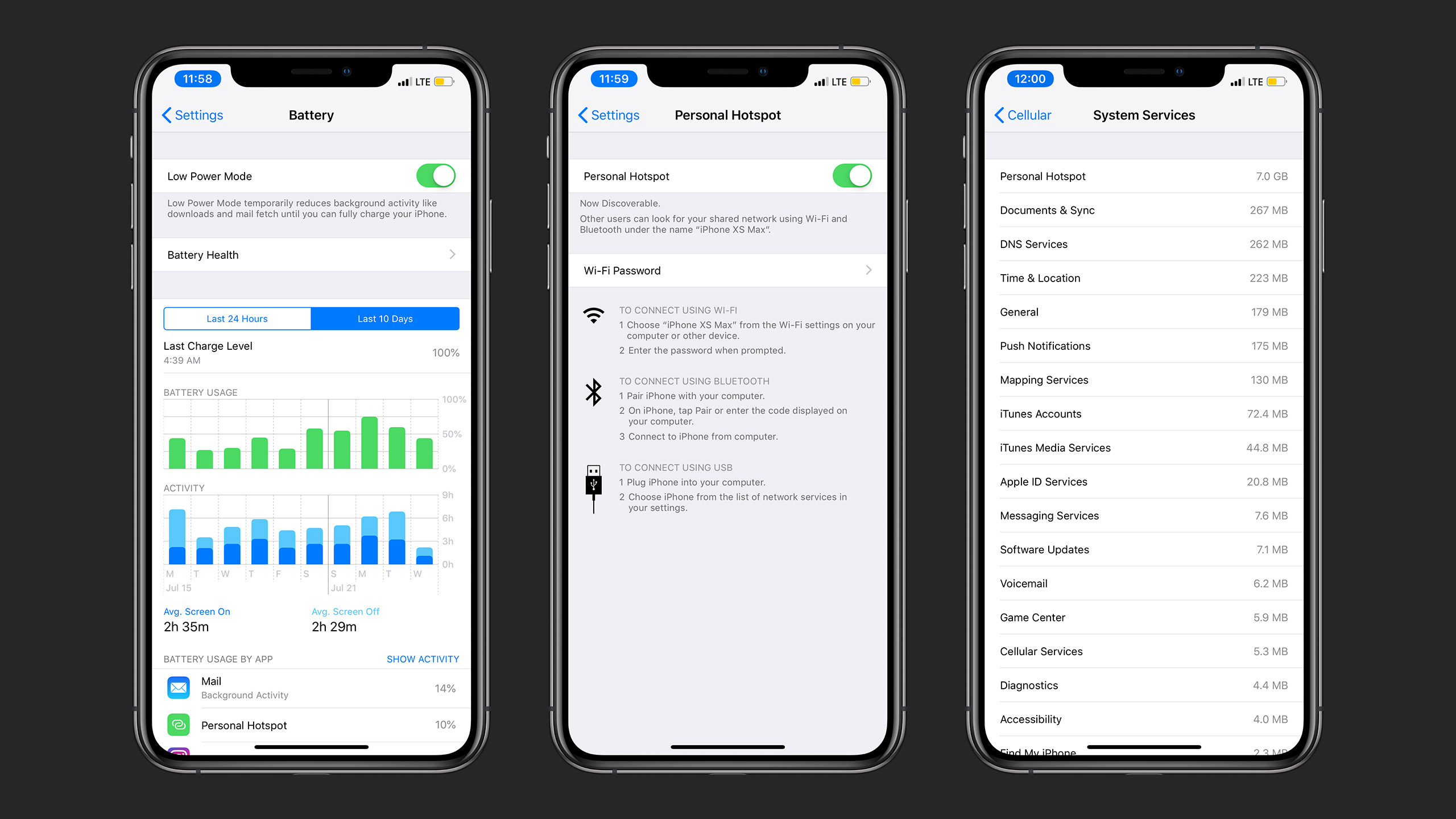 Iâ€™ve used Personal Hotspot on my iPhone more in the past four days than in the four years prior to this outage. Sharing cell data with my MacBook has been critical for working while my home internet is down. Personal Hotspot is perfect for brief tethering sessions, but falls short for sustained use, especially when carrier overages are costly.

Data usage controls would make Personal Hotspot much more useful and economical. As of today, thereâ€™s no way to view how much data individual devices are using while tethered. On recent iPhones, the display notch also prevents you from viewing how many devices are connected in the status bar.

Similar to Low Power Mode, the addition of Low Data Mode on macOS could further alleviate cell data constraints. iOS 13 will add this capability to iPhones when it launches later this year. Some individual apps already have data control settings for features like autoplay video and high-resolution photos, but a system-wide toggle ensures nothing falls through the cracks. As it stands today, keeping a Mac connected via Personal Hotspot at all times is largely impractical without an unlimited data plan.

Data sharing between devices with the same Apple ID also has the potential to cut down on cellular usage. For apps present on both iOS and macOS like Messages, Mail, and Photos, data could theoretically be passed locally between devices instead of downloaded multiple times over the same cell connection. 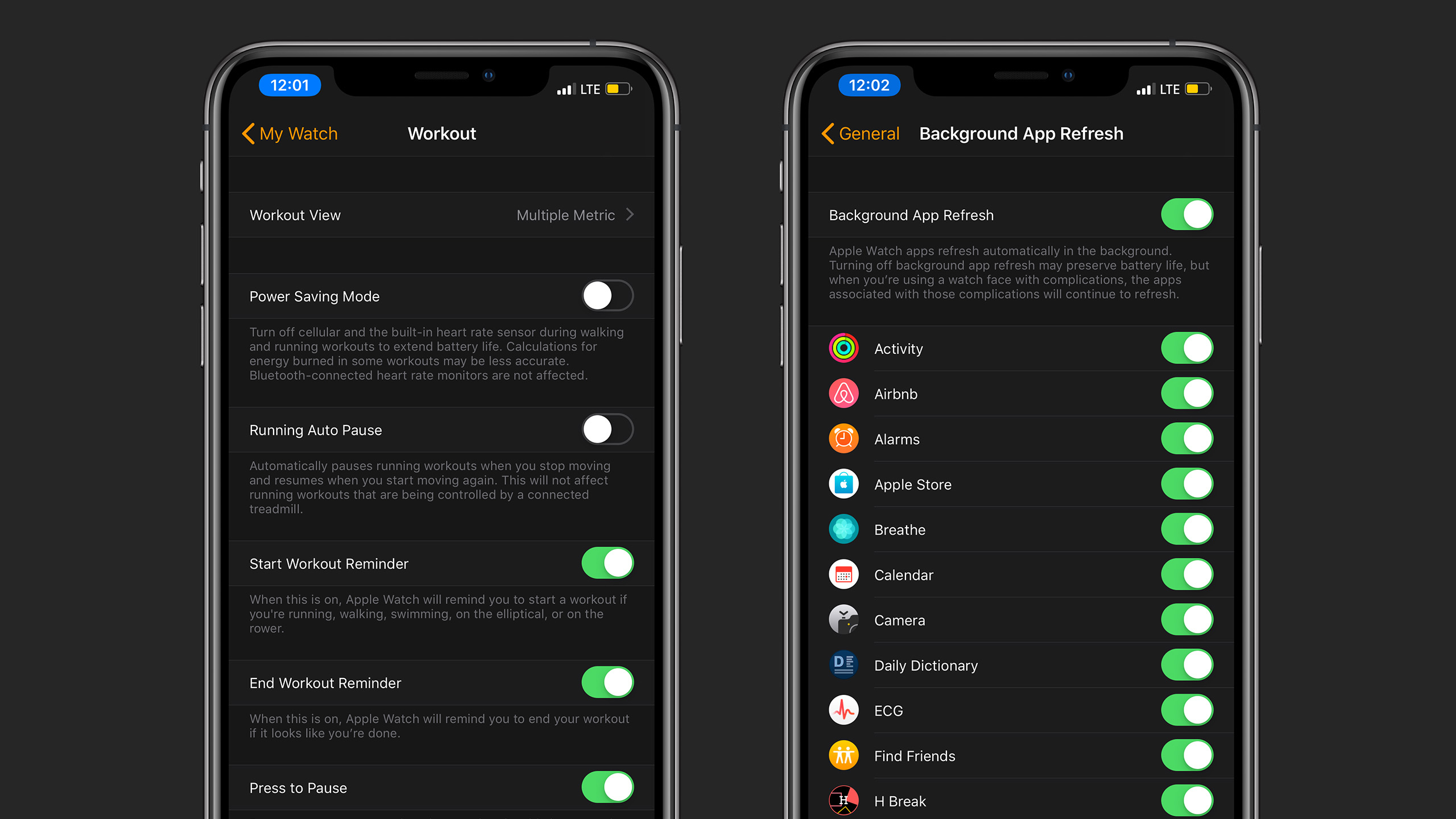 I charge my Apple Watch nightly no matter the circumstances and have been fortunate enough to never run the battery dead since upgrading to a Series 4 model last fall. Faced with the need to stretch my batteries as long as possible, I was pleasantly surprised by how long the latest Apple Watch can remain off a charger. Between Saturday morning and Monday evening, I only needed about 20 minutes of charging time to keep my watch running with a healthy margin of battery life. I minimized notifications and turned off WiFi to conserve power, but didnâ€™t need to enter Power Reserve, dial back the display brightness, disable background app refresh, or enable Power Saving Mode in the Workout app.

The flashlight toggle first added in watchOS 4 is also surprisingly useful. Iâ€™ve never had a real reason to use it before aside from novelty, but in a pinch it just might be more useful than the iPhoneâ€™s flashlight because you can use it hands-free.

If you have a recent Apple Watch, donâ€™t dismiss the feature as a gimmick â€” the 1,000-nit display is brighter than you might expect. 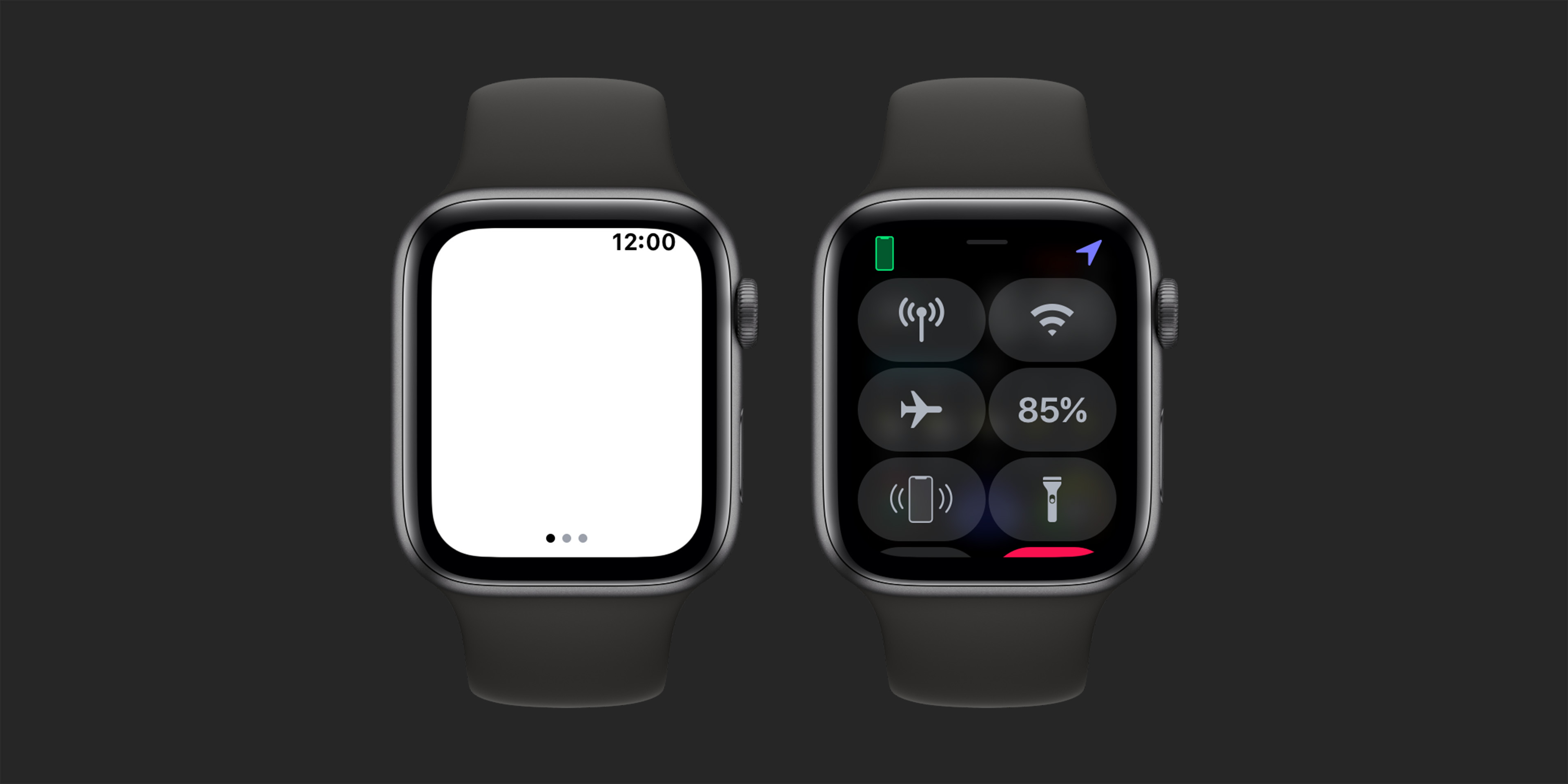 Iâ€™ve been slow to adopt HomeKit devices into my lifestyle, but with power restored and internet service still disconnected, Iâ€™m grateful only a few of my lights are smart. The HomeKit fixtures I do have are mostly inoperable right now, making them even less convenient than my standard lights and switches. Extended outages like mine are uncommon, but itâ€™s worth considering the possibility of a similar event happening at your own home before throwing out all of your standard fixtures. Needless to say, my HomePod has also been reduced to an elegant paperweight. 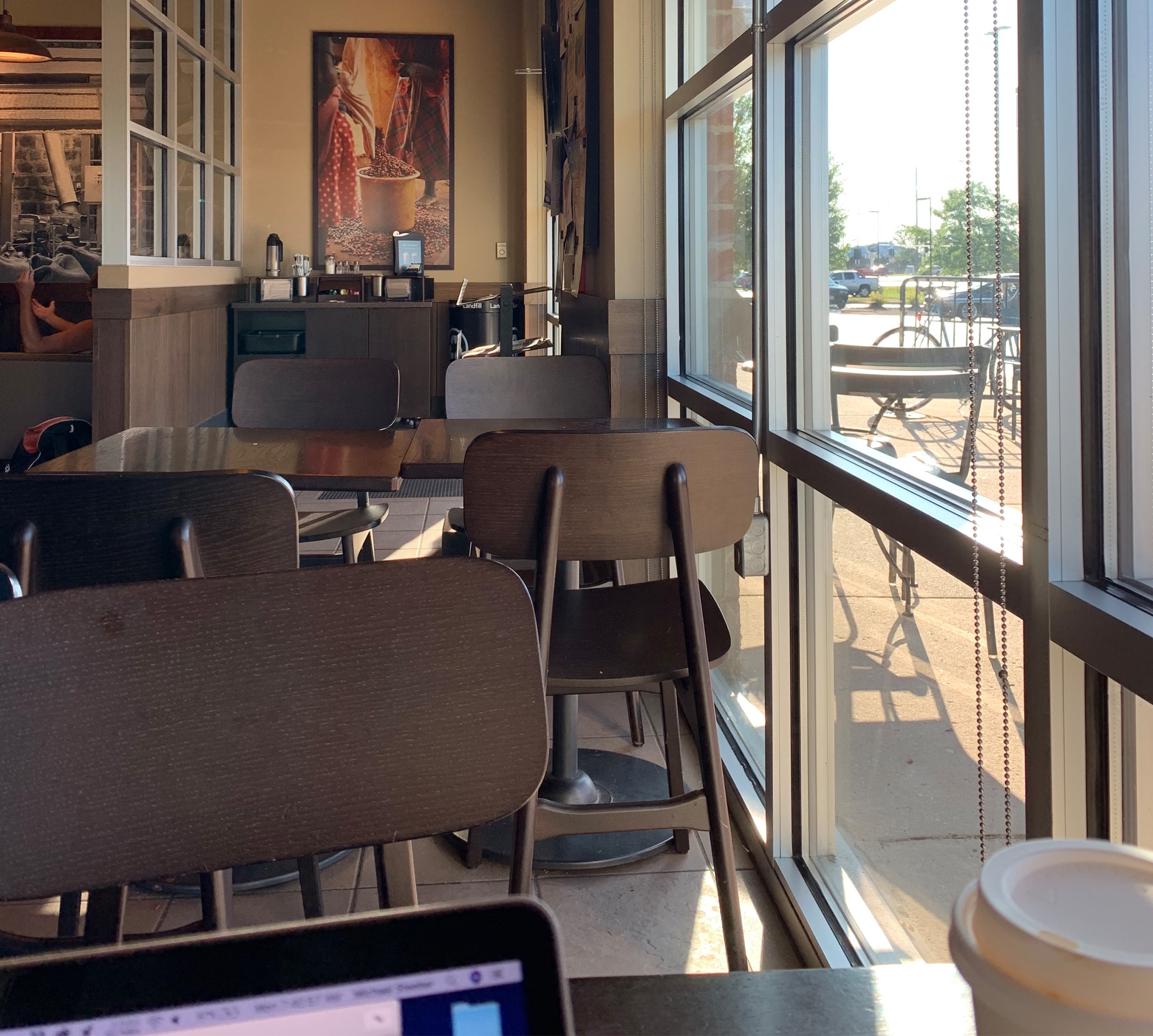 Thanks to a little bit of creative planning and recent advancements in Appleâ€™s battery technology, I barely needed to touch my portable power banks during any part of the 76-hour outage. A little bit of strategy can go a long way toward preserving your devices in case of an actual emergency. Cell data is still difficult to manage even on modern iPhones and Macs, but if you can accept not being â€œextremely onlineâ€ for a few days longer than me, Personal Hotspot is still a great solution. Itâ€™s also worth checking with your carrier to see if theyâ€™ll provide a one-time data exception in the case of a known widespread outage.Â

Do you have any other tips for managing power and data during unexpected circumstances? Let me know in the comments.

UAW Staff Woke Throughout the Nation, Some in Hospital Beds, With out Insurance coverage