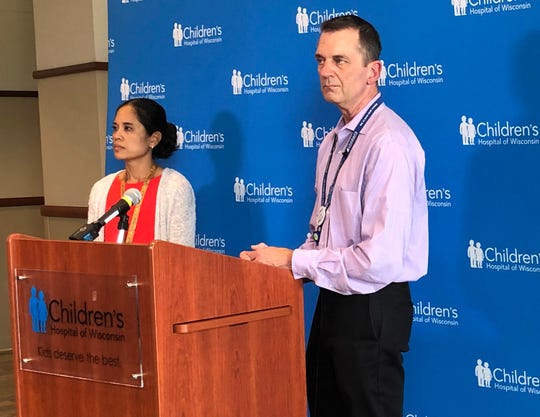 Eight teens from Milwaukee, Waukesha and Winnebago counties have been hospitalized in the last month with severe lung damage doctors suspect is tied to vaping.

The teens were brought to Children’s Hospital of Wisconsin with extreme cough, significant shortness of breath and fatigue. Some had lost weight from vomiting and diarrhea, hospital officials said Thursday.

“They come in not breathing well and look very sick,”Â said Louella Amos, a pediatric pulmonologist with Childrenâ€™s Hospital.

She said the teens had gotten “to the point where they can’t breathe.”

Amos said the cases came on fairly rapidly and were considered acute rather than stemming from consistent use over time.

Siblings of a 26-year-old man from Burlington also reported their brother was hospitalized in critical condition this week after vaping THC from a cartridge he bought on the street.

The siblings told the Milwaukee Journal Sentinel that the doctors treating their brother told them they had three other young people currently admitted to the hospital with what they suspected were vaping-related injuries. 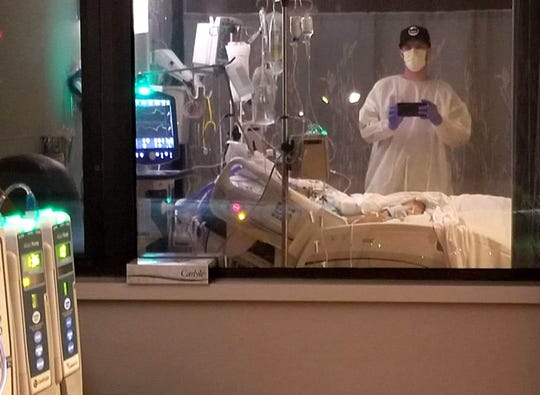 Patrick DeGraves stands by his brother’s hospital bed Tuesday. The 26-year-old Burlington man was hospitalized in critical condition this week after vaping THC. Family members said he suffered major lung damage and injuries to his other organs. Eight teenagers from southeastern Wisconsin have been hospitalized in recent weeks with severe lung damage doctors suspect is tied to vaping. Interviews with the teens indicated they they vaped either nicotine and/or THC. No specific products have yet been identified.Â (Photo: family photo)

“He has some pretty bad lung damage,”Â said Paul DeGraves, the manâ€™s brother. DeGraves said he did not want his brotherâ€™s name published out of respect for his privacy. “He was not breathing on his own at all yesterday.Â His heart was weak. They werenâ€™t sure he was going to make it.”

Representatives from Burlington Hospital and Advocate Aurora Health did not respond to the Milwaukee Journal Sentinelâ€™s questions Thursday afternoon.

The department is continuing to interview and investigate.

“We have a common theme of vaping,”Â Meiman said. “We do not know of one product.”

The department has three epidemiologists and a team from two bureaus working on finding answers, he said.

“Given the severity of the illness reported and that fact that it’s affecting children, this is a top priority,” he said.

Many of the teens at Children’sÂ responded to steroid treatment and were released without the need for supplemental oxygen at home.

Meiman and other experts on vaping cautioned parents and teens that the effects of vaping â€” short- and long-term â€” remain unknown and that more and more evidence is suggesting vaping is unhealthy and dangerous.

Vaping use among teens has jumped 78% over the last few years, Michael Gutzeit, chief medical officer for Childrenâ€™s Hospital of Wisconsin, said at a news conference on Thursday.

He urged other doctors who see similar casesÂ to contact state officials.

“Vaping in teenagers is something that is harming our kids,”Â Gutzeit said. “Vaping is dangerous in teenagers no matter what the product.”

As of June 30, the poison control centers across the country have received nearly 2,100 cases this year involving e-cigarette and liquid nicotine, according to data from the American Association of Poison Control Centers. Thatâ€™s nearly as many as they received in all of 2017. 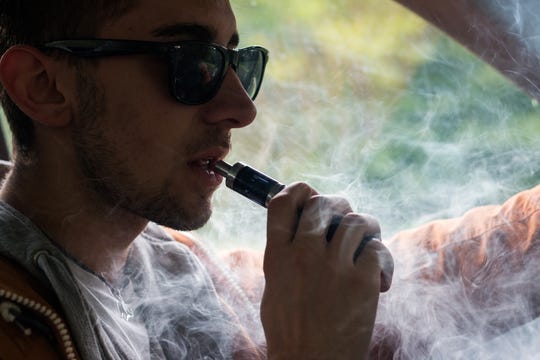 RELATED: Q&A: What teens – and many adults – don’t know about e-cigarettes and vaping

Matthias Salathe, professor and chair of internal medicine at the University of Kansas Medical Center who has studied the health effects of vaping, said the key to curtailing teen vaping is providing as much specific information as possible.

“Teenagers are very facts driven,”Â he said. “We were very successful in convincing teenagers not to smoke cigarettes.Â That was due to a presentation of facts. â€¦ We need to know more. The question is what did they vape?”

In addition, sharing with teens the emerging data about the long-term effectsÂ is important. Salathe published a study in May in the American Journal of Respiratory and Critical Care Medicine showing vaping nicotine impaired the bodyâ€™s ability to clear mucous and phlegm in ways that paralleled combustible tobacco.Â Â

“We need to look at it from two different angles,”Â he said. “Vaping in general, the long-term consequences, and then are there cases of things being put in it.”Â

Our subscribers make this coverage possible. Subscribe to the Journal Sentinel today and get a special offer at jsonline.com/deal.

Apple simply had an enormous, soulless new product launch (you might have missed it)

Karnataka disaster: Legislative meeting suspended with out voting on belief