The team took action on Wednesday at Bharti Raj's Udaipur office and at home, in which the ACB team was shocked to see the unfathomable property that was revealed. Under the direction of ACB Director General Dr. Alok Tripathi, the team has taken action in seven places including 63 Navaratna complexes of residence of Bharti Raj located in posh area of â€‹â€‹Udaipur.

Got this from Bharti Raj's house

During this period, one bank account of four banks of Bharti Raj, 1.03 crore rupees in the investigation of the bank account, 500 square grants land in Bhuvana scheme, three floor hotel near Cholola Lake, two showrooms in Bikaner Bequal Rico industrial area, I 20 cars, scooters, various banks In the name of FD in the name of himself, cash received one crore three lakh 64 thousand 33 rupees. Canara Bank, Bank of Baroda and SBI also have four lockers.

Harishchandra Shrivastav, father of Bharati Raj, has a house in Bikaner Nagak Cheeji scheme. On the instructions of the Bureau's headquarters, Bikaner Chacki's team reached the place where Nakar got the job. The team of the bureau searched the house. 92 lacs FDRs including this house, Nagak Cheeji scheme behind the shops of Goodwill Eye Hospital, Deduction in Murlidhar Vyas Kalyani, Deduction in Bechwal residential colony, commercial plots in Bechwal Transparents city, commercial plots in Riche area, Agricultural land papers have been found in Fatehpur in UP. Apart from this, there are eight accounts and lockers in the banks. The accounts are sealed, which will be scrutinized and the seeker will be searched.

In the name of father Harishchandra, a sum of Rs 9.7 million in different banks, in the name of self-registration, Rs 50 lakh in investment in Rural Electrification Corporation Limited, documents worth 250 dollars and 50 euros were seized. In the last 10 years, 21 foreign countries have traveled abroad, in which documents worth Rs 20 lakh have been spent.

The ACB team raided offices and houses of UIT senior accountant Ramesh Bawi besides Bharti Raj. In the search of Ramesh Bawari's house, Rs 547500 in cash, gold-silver jewelery worth Rs 140000, in other places in two houses VIP colony, plot in the area near the Jaipur, posting in Railgagara, 10 in Khatukada village Bigha purchased land, 15 bigha land, wife and 8 bank accounts in their names in Bedanvas village of Jhadarel, whose check is remaining.

Both in Udaipur for 15 years

Apart from this, documents of several benami properties have been found. The ACB team searched at Ramesh's famed commercial department at Durga Shankar's home in Sisarama. From there, documents related to land including cash worth 97 thousand rupees were found. ASP Rajesh Chaudhary is in this case. Notable that Bharti Raj and Ramesh Bawri are posted in Udaipur for 15 years. 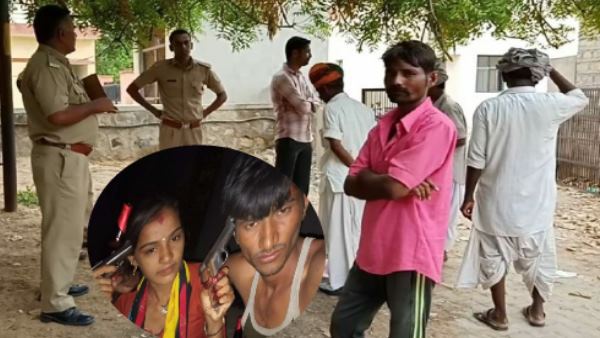 The love story was going on between the brothers and sisters, when both of them met the whole village.

Here are the best Apple MacBook Air deals for February 2020

Schoolgirl hosted suicide on the hostels of Sports activities School, referring to "Mamm" within the be aware. saifai sports activities faculty scholar finish his life by hanging

How does it really feel to be a intercourse therapist? Your god