Warning: Use of undefined constant REQUEST_URI - assumed 'REQUEST_URI' (this will throw an Error in a future version of PHP) in C:\xampp\htdocs\mbc1\wp-content\themes\jannah4\functions.php on line 73
 Chandrayaan-2: All information about Vikram lander, Orbiter and Pragyan Rover | Chandrayaan-2 Orbiter, Vikram and Pragyan | Collectively this trio will raise the curtain from the key of the moon – jj

Pragyan Rover with 6 tires is also special
Under Chandrayaan-2 mission, along with the lander Vikram landing on the moon, there will also be a Pragyan Rover. The Pragyan Rover will be in the form of a payload inside the Vikram lander. After the landing of Vikram Lander, it will be separated from it. The Pragyan Rover is a kind of robotic vehicle. One who walks on the moon's surface and will do research there. Its weight is 27 kg. It is 0.9 * 0.75 * 0.85 m big. It has six tires which will be able to do various research by walking comfortably on the rough surface of the moon.

It can travel at a speed of 500 meters to 1 centimeter per second on the lunar surface. It will get its energy from the Sun. Also, this lander will be in contact with Vikram. It will do research on the surface of the moon for 14 days. 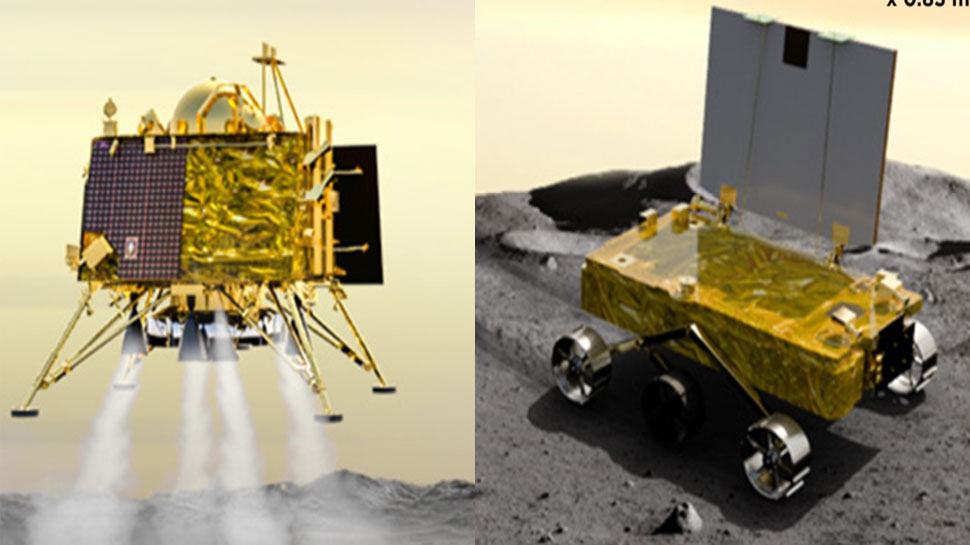 Also read: Chandrayaan-2: Moon is so big, but why Vikram Lander will land at the South Pole? Learn here

Pragyan has 2 special tools
The Robotics Research Vehicle (Rover) will have two specialized equipment. The rover will conduct research using the Alpha Alpha X-ray spectrometer to obtain information about the formation of atmospheric elements on the lunar surface near the landing site. Apart from this, through the laser induced breakdown spectroscope, the probe will also research the elements present on the surface.

14 days is mission life
Under Chandrayaan-2 mission, lander Vikram and Rover Pragyan will land on the lunar surface. The lander Vikram weighs 1,471 kg. It is named after Dr. Vikram Sarabhai, the father scientist of the Indian space program. It will get power from 650 Watt energy. It is 2.54 * 2 * 1.2 meters long. While landing on the moon, it will work continuously for 1 day of the moon. 1 day of the moon is equal to 14 days of the earth. It will land between two big pits of the moon, Maginus C and Simpleus N. 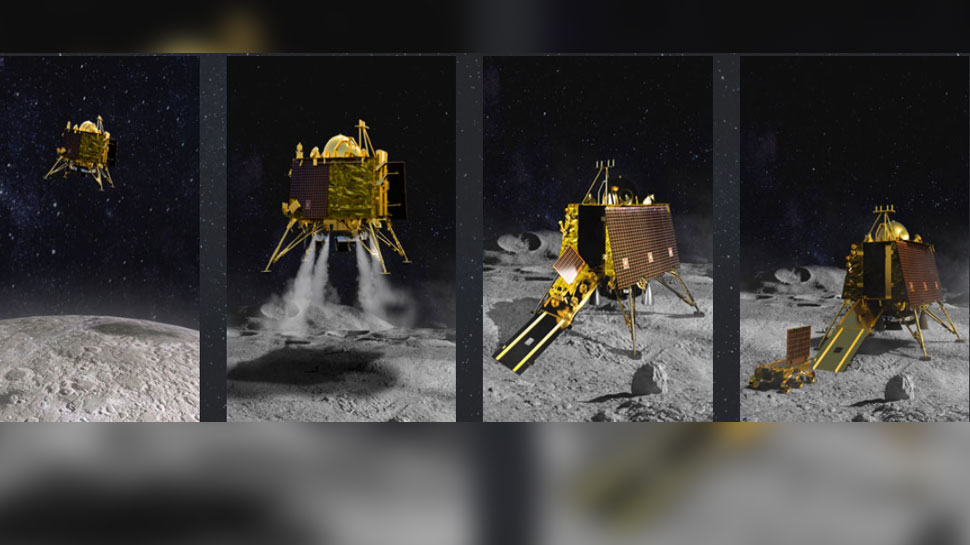 Vikram will have 4 instruments
Three important instruments with lander Vikram will be sent to the moon for research. A special instrument has been installed to measure and research seismic movements on the moon. Apart from this, there is also a special device to check the temperature changing on the moon. The third tool in this is the Langmoor Probe. It will research the upper layer of the atmosphere of the moon and the surface of the moon. Vikram will carry out mapping and distance research through his fourth instrument, the laser retroreflector.

Vikram and Pragyan will be connected to Chandrayaan-2 orbiter
Chandrayaan-2 orbiter weighs 2,379 kg. It is 3.2 * 5.8 * 2.1 meters large. Its mission life is 1 year. This orbiter will play an important role in the entire Chandrayaan-2 mission. Through this, contact will be made between Vikram Lander, Pragyan Rover, and ISRO scientists on the moon landing on the surface of the moon. It will be present on the moon's orbit. This will send information from the lander Vikram and Rover Prajna on the lunar surface to the scientists on earth.

Orbiter will research with 8 instruments

1. Chandrayaan-2 orbiter has 8 instruments to research the moon from the moon's orbit. There is a Terrain Mapping Camera-2 to create a digital model of the moon.

2. It has a Chandrayaan-2 large area soft X-ray spectrometer (CLAS) to examine the elements present on the lunar surface.

4. It has an imaging IR spectrometer to detect the presence of water on the moon and research on the minerals there.

5. It has dual frequency synthetic aperture radar for mapping the poles of the moon and detecting frozen ice under the surface.

6. It has lunar atmospheric composition explorer-2 for research on the lunar surface.

7. This high restography mapping will be done through the Orbiter High Resolution Camera.

8. There is a dual frequency radio device to examine the lower layer of the moon's atmosphere.

DRDO did profitable check of Missile missile, Military will transfer from floor to sky

UP: Learn this information earlier than leaving the home on Thursday, this can be a giant change within the climate