Mohali: In t20 history India v South Africa Only two T20 matches can be played in India. Whereas this was the second T20 match between the two teams to be canceled due to rain in India. Prior to the series, Team India had prepared fiercely for Dharamshala, but the rains had destroyed the plans of Virat and his team. Now the team has made a new strategy according to the ground of Mohali, which is reflected in the statement of batting coach Vikram Rathore.

What did Vikram Rathore say
Rathore has recently become the batting coach of Team India. He has replaced Sanjay Bangar in the team. Rathore said in his first press conference after assuming office that from now on, Team India will take T20 matches more seriously. Rathore attributed this to the T20 World Cup to be held next year. It is clear from Rathore's statement that even though new players are being given a chance in the team, the team will also show seriousness in terms of performance. In such a situation, all players have to show consistency.

Salute pair will not change
Rathore said about Rohit Sharma that he is such a great player that he cannot be ignored for the Test. It is clear from Rathore's statement that the team is not in the mood to ignore the experience. In such a situation, the salute will be for Rohit and Shikhar Dhawan. Among the new players who have been given opportunities, there is no other opener other than KL Rahul. Yes, KL Rahul can take place in the opening pair if needed. 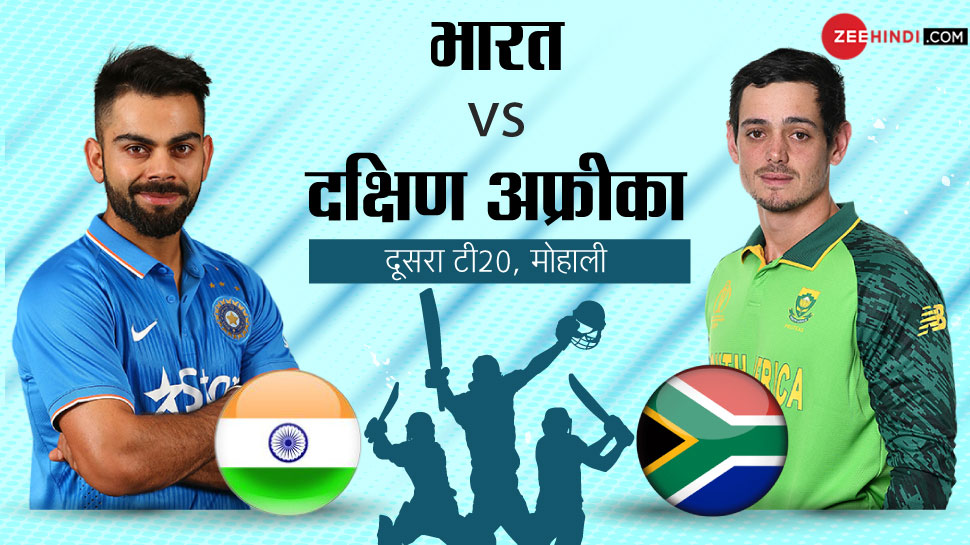 Can change according to pitch
Dharamsala pitch is usually counted on high pitches, especially before the match when it rains. In such a situation, the preparation of Team India was according to the same, but the pitch of Mohali is not like this. It is a good pitch for batting even if the pitch has something for the bowlers. The weather is expected to be clear already. In such a situation, the team that was to be announced for Dharamshala had the possibility of being selected for the playing eleven in terms of fast pitch, but it will not happen in Mohali.

Which players will be under pressure
By the way, Rathore has said in gestures that there is no pressure on any player in the team and he has also expressed confidence in all the players, but there can be pressure on Rishabh Pant. This pressure may not be from the team or management or the captain, but the way things are being talked about, Pant would like to satisfy fans and critics to some extent with this innings. However, coaches (Rathore and Shastri) would like Pant not to give up his natural game.

The gamers who win the Worldwide Medal, the bat and the bat, the federal government will give a reward of two crore. madhya pradesh gamers will get an reward of Rs 2 crore on successful worldwide medal