Warning: Use of undefined constant REQUEST_URI - assumed 'REQUEST_URI' (this will throw an Error in a future version of PHP) in C:\xampp\htdocs\mbc1\wp-content\themes\jannah4\functions.php on line 73
 Toddler hospitalized after rape in Immokalee is out of the hospital – jj

Months after a man brutally raped a toddler in Immokalee, the doctor who treated her says he had nightmares.

“In my career, I have seen a lot of sexual abuse,”  said Antonio Gonzalez, a doctor at Community Medical Care Center in Immokalee. “But I think this one was the most horrible one. This one even gave me nightmares.”

The child, who spent more than a month hospitalized for life-saving and reconstructive surgeries, is out of the hospital and out of danger, he said. While deputies did not reveal the girl’s age, the arrest report stated she was in diapers.

“She’s in very good condition, said Gonzalez, who received an update in early December. “She has gone through multiple surgeries, but I’m very happy that she finally made it and she’s in good health right now.”

The toddler’s father, Guatemalan national Hector Gabriel-Jimenez, 23, was arrested on charges of child neglect with great bodily harm on Nov. 7, about a month after the rape

The suspect in the rape has not been arrested, and the case remains an active investigation, according to the Collier County Sheriff’s Office.

The child’s identity was not released. Details of her placement and condition are limited to protect her identity.

Florida Department of Children and Families does not comment on specific cases and can neither confirm or deny that the toddler is in their custody.

A language barrier halted the investigation in October after deputies had to find an interpreter who could translate from Mam, a dialect of the Mayan language spoken mostly in Huehuetenango, a rural and impoverished region of Guatemala. Gabriel-Jimenez, the toddler and witnesses are from from Huehuetenango, where ancient Mayan languages are still spoken. 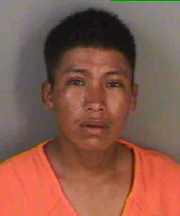 The toddler’s mother remained in Guatemala.

Gabriel-Jimenez remains in Naples Jail Center on an ICE hold. His next court appearance is set for Feb. 6.

Gonzalez met the toddler when Gabriel-Jimenez brought her to his clinic on Oct. 7 with an acquaintance and told medical staff that she had fallen, according to the arrest report.

Gonzalez said she did not show any signs of bruising that indicated she had taken a fall, so medical staff proceeded to do a full examination because she was crying. 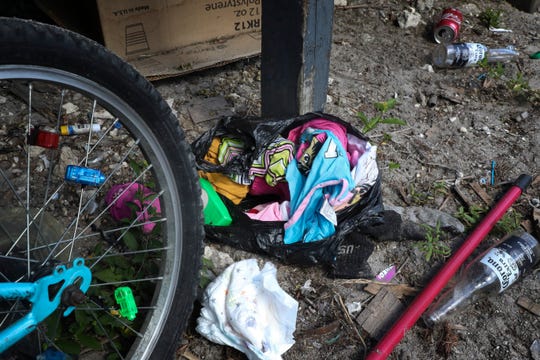 The plastic bag containing a child’s clothing, toy, and a diaper is neglected in front of the trailer home where the rape of a toddler happened. The trailer home is shared by multiple residents and the rape took place here in Immokalee, Florida on Oct. 5. (Photo: Andrew West/The USA Today Network, The News-Press)

Rescue workers rushed her to NCH where doctors said her injuries were beyond their capabilities. She was then taken to Golisano Children’s Hospital in Fort Myers, where she’d spend weeks recovering.

Gonzalez urges not just parents, but the general public to be on the lookout for signs of sexual abuse in children such as a sudden change in behavior.

“This is the kind of abuse that a child will probably never forget,” Gonzalez said.

Readers who would like to help children like the toddler are urged to reach out to the Children’s Network of Southwest Florida.

“I know Children’s Network is always seeking donations to enable children in care to have normalcy,” she said via email.

Harrell said in addition to donating, the community can also support the child and children like her by mentoring or fostering.