Warning: Use of undefined constant REQUEST_URI - assumed 'REQUEST_URI' (this will throw an Error in a future version of PHP) in C:\xampp\htdocs\mbc1\wp-content\themes\jannah4\functions.php on line 73
 Apple Patent Reveals the iPhone 11 Pro's Strengthened Glass Process and Future Touch ID … – jj

In Apple’s introduction to iPhone 11, their web page promotes their new strengthen glass by stating: “Creating tougher glass isn’t rocket science. It’s molecular science. The toughest glass in any smartphone, front and back.” Apple highlighted that it used a Dual ion-exchange process. 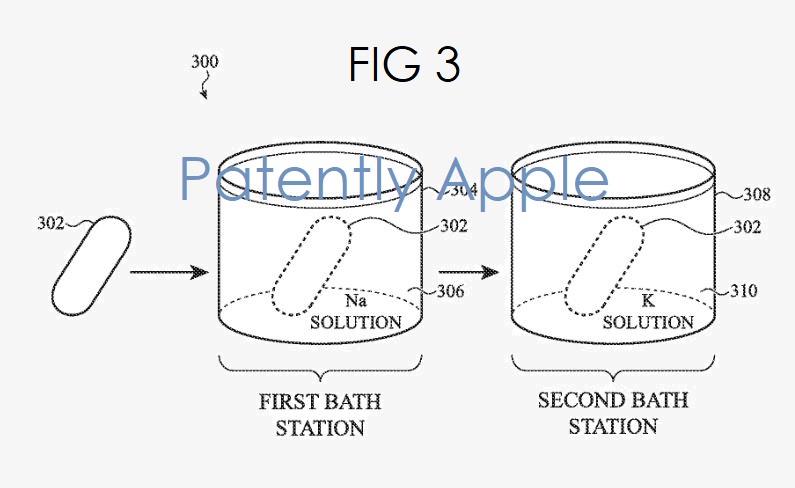 The level of glass article enhancement is generally controlled by the type of glass (glass articles can, for example, be alumina silicate glass or soda lime glass, and the like); the sodium ion or sodium salt concentration of the bath (e.g., sodium nitrate, typically 30%-100% mol); the time the glass article spends in the bath (typically 4-8 hours); and temperature of the bath (350.degree. C.-450.degree. C.).

Strengthening of the glass article in the second bath is controlled by the type of glass, the potassium ion concentration, the time the glass spends in the solution, and the temperature of the solution. Here, the potassium ion or potassium salt concentration (e.g., potassium nitrate) is in the range of 30-100% mol, but the glass article would remain in the bath for about 6-20 hours at a bath temperature of between about 300.degree. C.-500.degree. C.

In Apple’s patent figure 1A below, Apple interestingly illustrates a future iPhone with an optical sensor that is covered by a face glass that will act as the next-generation of Touch ID under the display.

The patent filing reveals that “A transparent window region may extend over a display component, a camera, an optical sensor, or another optical or visual device #120. The feature of #120 is represented by a virtual outline of a Touch ID system. 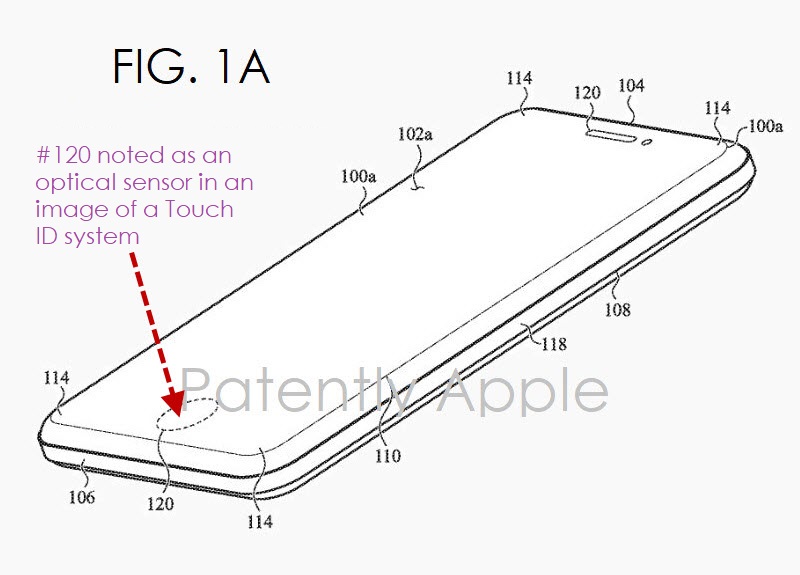 The positioning of the ID area is not officially limited to being a virtual circle. It’s just an indication of a touch ID system in general that could be placed anywhere under the display.

Apple’s patent application 20200017406 that was published today by the U.S. Patent Office was filed back in Q1 2019. As far as the dual ion process on glass is concerned, this is now a patent fulfilled.

How to use your iPad as a second display for your MacBook, iMac: Catalina SideCar iPad Pro tutorial